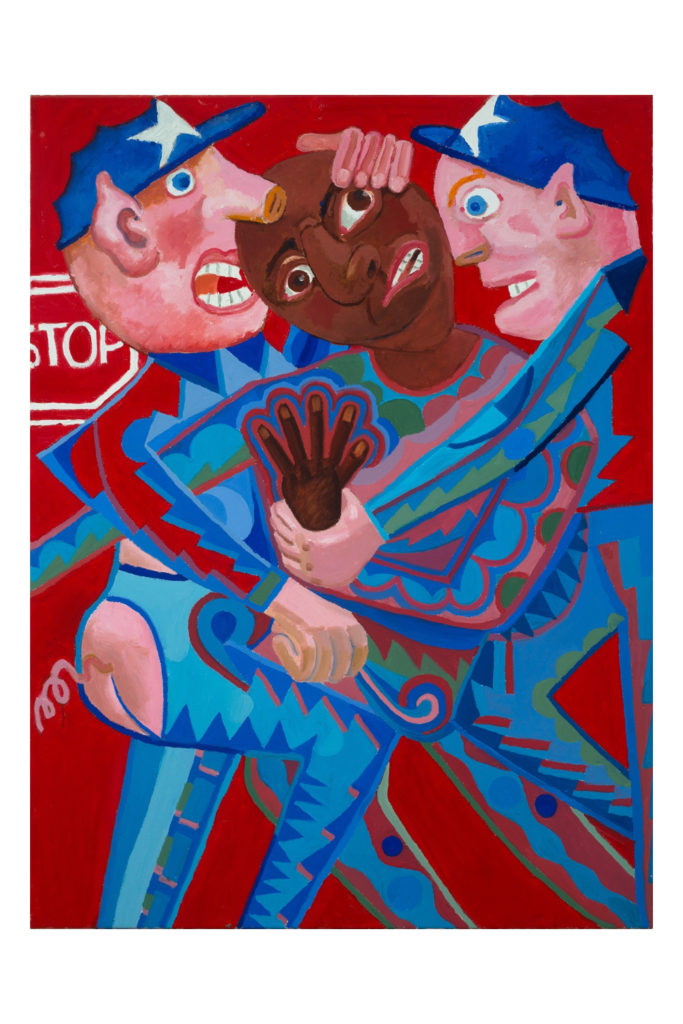 Peter Williams, “With So Little To Be Sure Of”
Cue Art Foundation
CLOSES: March 31
Drawing from four decades of the artist’s career, this solo exhibition showcases a series of oil paintings and drawings that explore the concepts of race, representation, white supremacy, and systems of oppression in vivid color, and with dark humor.

“Adrian Piper: A Synthesis of Intuitions 1965-2016”
Museum of Modern Art
OPENS: March 31
For the conceptual artist’s most comprehensive retrospective to date, MoMA brings to its sixth floor gallery more than 290 works—including drawings, paintings, photographs, multimedia installations, videos, and performances—spanning her five-decade career. Together, the pieces offer insight into Piper’s varied and thought-provoking response to topics of gender, race, xenophobia, social engagement, and self-transcendence.

“Beyond the Nile: Egypt and the Classical World”
Getty Center
Los Angeles
OPENS: March 27
Some 200 rare objects (Egyptian stone vessels, Greek pottery and portraits, Roman luxury goods) spanning the Bronze Age to the late Roman Empire are brought together in this exploration of the cultural exchanges between Egypt, Greece, and Rome.
Read more »

The Rothko Chapel’s Restoration Ushers In a Vivid...

An Esoteric Publisher Pops Up at MoMA’s Flagship...

Designer of the Day: MJ Tyson