Pace Chelsea Reopens With an Exhibition That Casts a Rare Light

Fred Wilson's "Chandeliers" graces the gallery's return with not only beauty, but a challenge to the very act of presentation.

For Bronx-born artist Fred Wilson, context is king. Through precise positioning and angling of previously existing antiques and original sculptures in his exhibition spaces, Wilson brings to light the unjust practices used to display art in museums, practices that tend to focus purely on the Western canon. In museums, Wilson will draw out elements of items on display normally not placed together, demonstrating how they share previously unthought of cohabitations.

In his installation, “Chandelier Mori: Speak of Me as I Am,” at the U.S. Pavilion during the 2003 Venice Biennale, Wilson juxtaposed wildly anomalous items, such as slave statue and a set of fine china, unpacking and upending assumptions about race and history surrounding each. It’s a combination of conceptual art and persistent activism that has earned him a MacArthur “Genius Grant,” the Larry Aldrich Foundation Award, and turns representing the United States at the Cairo Biennale and, yes, Venice.

Starting this Friday, the self-described “contextual” conceptual artist is offering up a number of his dark Murano glass chandelier pieces—some on display for the first time—at New York’s newly reopened Chelsea arm of the Pace Gallery, 540 W 25th. There, the 19-foot-high ceilings of the new space will drip with these objects that
come from a decorate category of design whose examples are often ignored overhead. But the unique appearance and dark colors of Wilson’s chandeliers urgently draw attention. These “heavy, fragile, complex beings,” as he calls them, are full of emotion and subtle details. Some hold aspects of both Ottoman and Venetian traits, exploring a historical relationship between African and European cultures he calls “deep and fascinating.”

It’s all part of the inaugural set of exhibitions at 540 West 24 which will see Wilson’s work presented alongside that of legends Alexander Calder and David Hockney, and still-rising American painter Loie Hollowell. About this pairing, Wilson says, “It puts me in a context of the new and exciting, as well as the tried and true. All of our work is different from one another’s, though I think being seen together will reveal synergies that would never have been seen otherwise. It will allow for different readings of our work and different conversations that might never have occurred.”

Pace Gallery is a member of The List, the destination for all things Surface-approved. Want to join The List? Contact our team to find out how to apply. 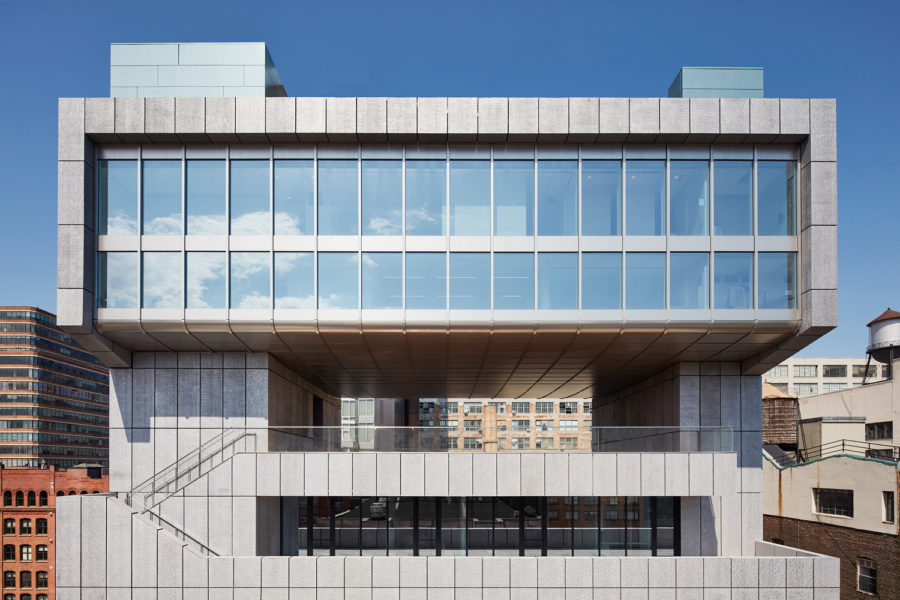 Designer of the Day: Emily Fischer