A Hollywood production designer with punk rock roots speaks his own language of emotion.

A Hollywood production designer with punk rock roots speaks his own language of emotion.

Take K. K. Barrett, the man responsible for the look of a slew of improbably successful art films, all with a particular aesthetic sensibility running through them. Barrett, who frequently collaborates with directors like Spike Jonze and David O. Russell, was nominated for an Academy Award for his work on Jonze’s film Her, which presented a vision of a near-future Los Angeles. He realized it as a place of retro-modern, minimalist apartments and crushing feelings of loneliness—a love story between a man and a sultry-voiced operating system seems entirely plausible there.

Creating an on-screen world that allows an audience to suspend disbelief is, after all, kind of Barrett’s thing. “What I try to do,” he says during a recent break on the set of a new project in Prague, “is fill the visuals with a parallel story that the characters inhabit.” This gives them a kind of depth that isn’t in the dialogue, which, according to Barrett, reinforces whatever dilemma they’re encountering or development they experience. “I want to create a bubble for the characters to live,” he says. “One that is not from another film, and is not necessarily from our own experiences, so that we are curious about them and the space that they travel through as something new that draws us in.”

If all of this sounds a bit convoluted and ambiguous, well, it is. When speaking of his work, Barrett is given to the kind of esoteric language that seems to convey depth but, on reflection, doesn’t actually mean all that much. His descriptions of his process take on the imprecise enthusiasm of a stoner or a yoga teacher. But at least he is aware of it.

“I know this sounds kind of abstract, but it is very abstract,” Barrett says with a laugh.

Indeed, it is inherently hard to explain the particulars of any medium that traffics in something as nebulous as creating emotion and atmosphere. But that is especially true of the entertainment industry, which relies on the ephemeral nature of art to make profit. And it is even more true for the films that Barrett has worked on—ones that manage to find the overlap of alt credibility, critical acclaim, and mass-market appeal.

Barrett’s own, somewhat random, yet consistently hip career trajectory would not be out of place in one of these films. Born Keith Barrett in Omaha, Nebraska, in 1952, his family bounced around quite a bit while he was growing up—the Ozarks, Oklahoma City, Tulsa. He ended up at Oklahoma State University, where he studied painting before turning to music.

In the late ’70s he was the drummer for The Screamers, a band that he characterizes as synth noise. “We were in a punk era but we didn’t have any guitars,” he recalls. “It was just synthesizers, a distorted electric piano, and myself on drums. The staging was expressionist lighting and performance that was confrontational to the audience.”

The band broke up in 1979, but not before filming scenes for a post-apocalyptic punk rock opera called Population: One. That film, which came out in 1986 but wasn’t actually available on video until 2008, also marked Barrett’s first production design credit. It led to jobs on commercials and films such as the 1988 low-budget slasher flick Cheerleader Camp, which is remembered for its array of beautifully sculpted mullets, scantily clad Playboy models, and for the character Pop’s immortal line, “Make your pee pee harder than a 10 pound bag of nickel jawbreakers.” Then there was the urban crime drama Crack House, in 1989, the tagline of which is: “Getting in is easy. Getting out is hell.”

Throughout the next decade, Barrett built up a solid foundation, working on music videos for MTV. “There was big demand for a lot of people who could teach themselves as they went, or fake their way along,” he says of this era. “That was me for quite a while.”

Then, in 1999, with the release of Being John Malkovich, Barrett upped the ante. It was his first major collaboration with Spike Jonze. The dark and quirky hit, with a script by Charlie Kaufman, marked the beginning of a slew of movies he worked on with a small coterie of writers and directors, including Jonze’s wife at the time, director Sofia Coppola, and Kaufman. The films that followed represent a canon that is as about as diverse as it gets: Adaptation, Lost in Translation, I Heart Huckabees, Marie Antoinette, Where the Wild Things Are, and Her.

He was obviously doing something right. “K. K. is smart and has great ideas,” Coppola says. “He brings a fresh perspective and enthusiasm to his collaborators.” According to Barrett, all he has created has been a collaboration. “Everything is open to interpretation, discussed, argued about. You have to kind of get inside the head of the director and the the writer,” Barrett says. “Of course, it’s much easier when they are the same person. But everyone I work with is into the same kind of playful exploration. They definitely have an idea of what they are trying to say, but they are also excited about how it might come out and add up to something different than expected.”

In addition to working on commercially artistic—or artistically commercial—feature films, Barrett continues to do actual commercials, bringing a cinematic vision to high-concept advertising campaigns. A recent one for Audi, designed to air during the presidential debates, was widely discussed, as was a Super Bowl spot featuring Jeff Goldblum and Lil Wayne shilling for Apartments.com. Even in these less artistic endeavors, Barrett’s sensibility comes through. “Making creative decisions can apply to anything if you step back a bit,” he says.

Barrett’s gift, ultimately, is knowing when to step back. He knows how to set a mood, yes, but also how to create a world that is distinct, yet open to interpretation; stylized, but not to an extent that it overshadows the film. “You want to make this universal language that touches people emotionally,” he says. Even in Cheerleader Camp, through the screams, that language can be heard. 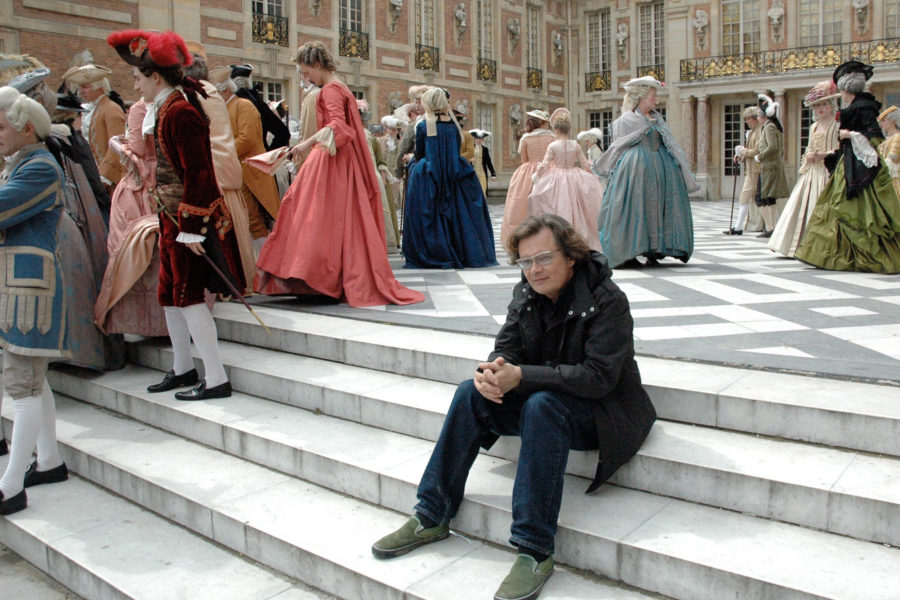 A State of Fairs