How To See Paper As Poetry, Not Product

The receipt from yesterday’s lunch, the envelope tomorrow’s bill will arrive in—paper is as functional as it gets. But as an art form, the material deserves a second look. In “Subtle,” at Japan House Los Angeles (through May 23), Kenya Hara has assembled 27 exhibits of new and existing works, with the curatorial vision of elevating our conception of paper from a two-dimensional vehicle for text to an autonomous, spiritually inclined medium.

“It’s not saying that paper itself is subtle [per se],” says Hara, who serves as the artistic director for both Japan House and Japanese product brand Muji, during a walk-through of the presentation. The latest edition of the Takeo Paper Show, organized annually by Japanese paper distributors Takeo Co., Ltd. since 1965, the show demonstrates, rather, that its effects on our senses are subtle indeed. “The whiteness, the tension, and the purity that paper holds is a very delicate thing, and it brings the delicate nature out of people.” The white space not only evokes the minimalism of paper, but provides a quiet space in which to contemplate its often overlooked sensorial qualities.

Lining the gallery walls, large-scale, black-and-white photographs by Yoshihiko Ueda set the tone for Hara’s ambition. As part of a section entitled “Portrait,” the commercial and artistic photographer (who frequently collaborates with Hara at Muji) shot paper as a three-dimensional object—folded, curled, and casting its own shadow. As the centerpiece of the show, the “Creation” section showcases works by 15 Japanese creatives across the fields of graphic design, fashion, art, architecture, and more, who take on paper as a sculptural medium (shown in the photos throughout this story). One of these is Hara himself, who created “Chocolate Hats,” small, crownlike paper sculptures that have been laser-cut with such precision that they themselves are nearly invisible against a white background. Their shadows, however, reveal elaborate, wire-thin circular patterns that hark back to Hara’s visions of grade-school science class, specifically, “the plankton I had seen as a boy.”

Even in a functional context, paper retains its spiritual qualities, a notion that is illustrated in the use of quotidian paper objects—tray liners, for example, and traditional Japanese and Korean fans—in a segment called “Products.” To Hara, a collection of ordinary envelopes represents a private, sacred space. “The idea that’s overlooked is that the message inside is sealed, and only the person it’s addressed to is allowed to open it,” he explains. “There might be a candy in packaging, or a white wrapper around a straw. It says that you are the first person to use this item. An envelope says the same thing: You are the one who breaks the seal.”

Animator Atsushi Wada’s contribution to the show, a pencil-drawn cartoon of a friendly otter and snail, broaches an important question: In a world in which animation and texts are increasingly seen only on digitized platforms, what will become of paper? Hara, who equates design to the universal wisdom accumulated by society, finds the question misguided, and emphasizes that his admiration for paper is not nostalgia. “Digital and paper are unrelated mediums,” he says. “Paper stimulates and activates the senses. As things get digitized more and more, human ability might take a step backward, in my opinion.”

The exhibition artfully corrects this reversal by emphasizing paper not as a simple printing medium, but as an essential marker of human evolution that Hara places in the same lineage as our uses of stone, metal, and even digital technology. “Human tools evolve with human desire,” he says. “[They] breed creativity and develop human potential. Without paper, humans would be a lot more barbaric. I think showing the importance of it is an important step for human evolution—in a positive direction.” 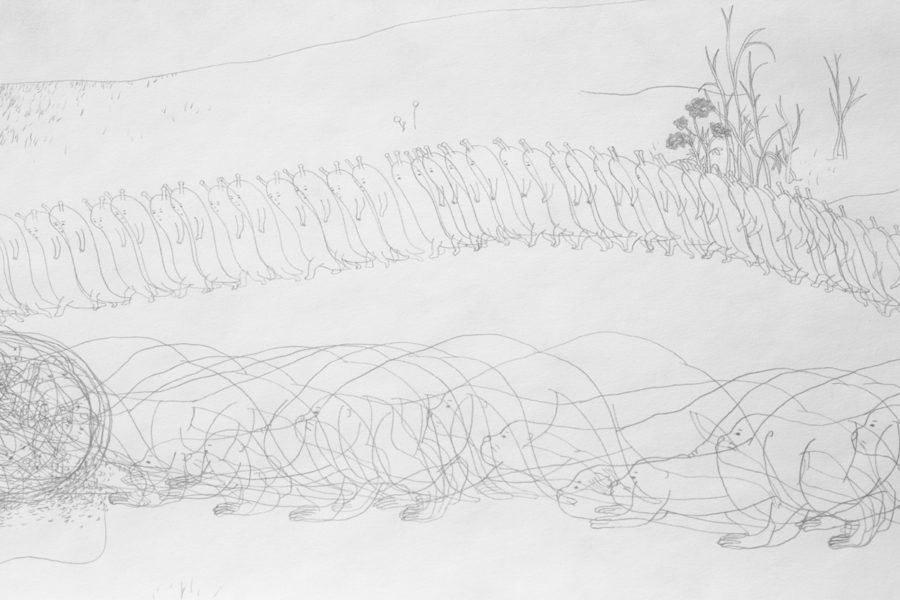