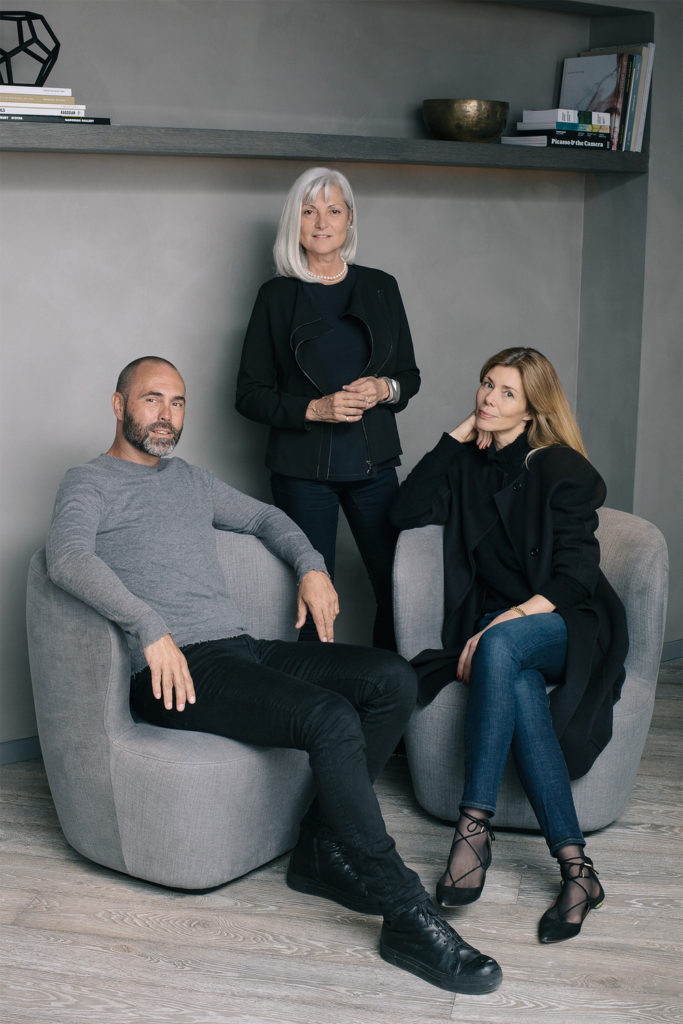 The Designers Behind 11 Howard

High-design boutique hotels have become sufficiently ubiquitous over the last decade such that you can more or less tell, five minutes after walking in, which part of the market each one is trying to cater to. Sleek chrome details, shag rugs, and animal print textiles? Up-market young creatives. Indirect lighting, concrete walls, and brass fixtures? Younger fauxhemian professionals. It’s all about the narrative—the fantasy, usually riffing on historical and cultural themes, which the guest is supposed to be living out.

This makes the new 11 Howard at the southeastern-most extremity of New York’s Soho neighborhood a surprising, and very refreshing, break from form. A venture of mega-developer Aby Rosen, the building occupies a former Holiday Inn on an otherwise rather unglamorous dead-end street just off Broadway, and it marks a shift in the city’s hospitality landscape. “Aby wanted something completely new in New York, something European, or that feels like it came from somewhere else,” says Signe Bindslev Henriksen, who along with partner Peter Bundgaard Rützou, form the design duo Space Copenhagen, the practice that Rosen and Anda Andrei, the project’s creative director, tapped to deliver his hoped-for otherness. As it turns out, they made the right choice.

Launched in 2005, Space Copenhagen has built up an unusually large and varied portfolio of interior projects, including retail venues, residences, and especially restaurants. “We’re fortunate to belong to the era of gastronomy that hit Denmark over the last decade and a half,” Rützou says. “Restauranteurs there have this amazing vision, and we work along a parallel track.”

In their hometown’s historic Hotel D’Angleterre, the firm produced a champagne bar, Balthazar, of almost sepulchral reserve, all dark wooden finishes and marble and glass accents; at Restaurant Kul, an American-style grill from a pair of Danish Michelin favorites, they created a study in bronze, black, and grey. Space Copenhagen is also active in furniture-making, and has applied a similar stringency to products like its High stool and Shade pendant lamp for local brand Mater, aiming towards a timelessness that the partners see as part of a broader vision of sustainability. “The question is, how do you make design have a certain value?” Rützou says. “It’s partly how you treat resources, but also making design that has something that you can get attached to for more than two years.” Rützou adds with a knowing look, “It’s the opposite of the Ikea approach.”

There’s definitely nothing off-the-shelf or disposable about the interiors at 11 Howard. From the bleached oak paneled lobby columns to the custom-fabricated spiral staircase that brings guests up to the second floor to the signature vintage and contemporary furniture in the bar and library, the entire interior has been designed with a delicate precision that doesn’t sacrifice pragmatic comfort. According to Andrei, a designer and former Ian Schrager associate who oversaw the project on Rosen’s behalf, the mood of 11 Howard reflects its patron’s taste, if only indirectly: “Aby really gave us a lot of room to work,” she says. The careful balance between the three collaborators—Andrei, Rosen, and Space Copenhagen—seems reflected in the quiet equilibrium of the hotel’s public spaces and in its mellow, subdued rooms.

“Aby’s very fond of the Scandinavian tradition,” Henriksen says. That doubtlessly played to Space Copenhagen’s advantage, both partners having graduated from Denmark’s famed Acadmey of Fine Arts. But the balanced cosmopolitanism of the hotel’s aesthetic is more surprising for how Danish it isn’t—especially since its designers, with their natural looks, somber-yetstylish attire, and occasional abuse of the English word “super,” definitely are. The old masters of midcentury Danish design “were super playful, borrowing from everybody,” notes Henrisksen. So the Space duo has sampled the true spirit of their progenitors by throwing in works from all over the design spectrum: furniture pieces from Rick Owens, Giò Ponti, and Tobia Scarpa, amongst others, and art objects by the ceramist Katie Yang, who grew up between New York and Taiwan. The mixture avoids what Anda calls a sort of “Disneyland” effect: The illusion, as is often present in other hotels, that one is in a romantic world of the past or the future. Instead, the visitor is left to his or her own devices, producing an atmosphere of contentment.

“It’s not about creating a cliché,” Rützou says. The same could be said for the body of Space Copenhagen’s work as a whole. 11 Howard is the pair’s first hotel project, as well as their first in the U.S., and it will be interesting to see just how they continue this non-story story, making products and interiors that manage to be atmospheric without being theatrical. Their watchword, as it has been from the beginning, is “focus.” “What we always agreed on,” Rützou says, “is that we want to take whatever space we’re given, and try to push every detail as far as we can.”

Designer of the Day: Brendan Ravenhill

Designer of the Day: Fred Rigby

A Facelift Imbues a Collection of Suites on the Amalfi

Designer of the Day: Shanan Campanaro

A Mallorca Retreat That Fosters a Dialogue Between Old

The Independent Art Fair Finds a Home in Brussels