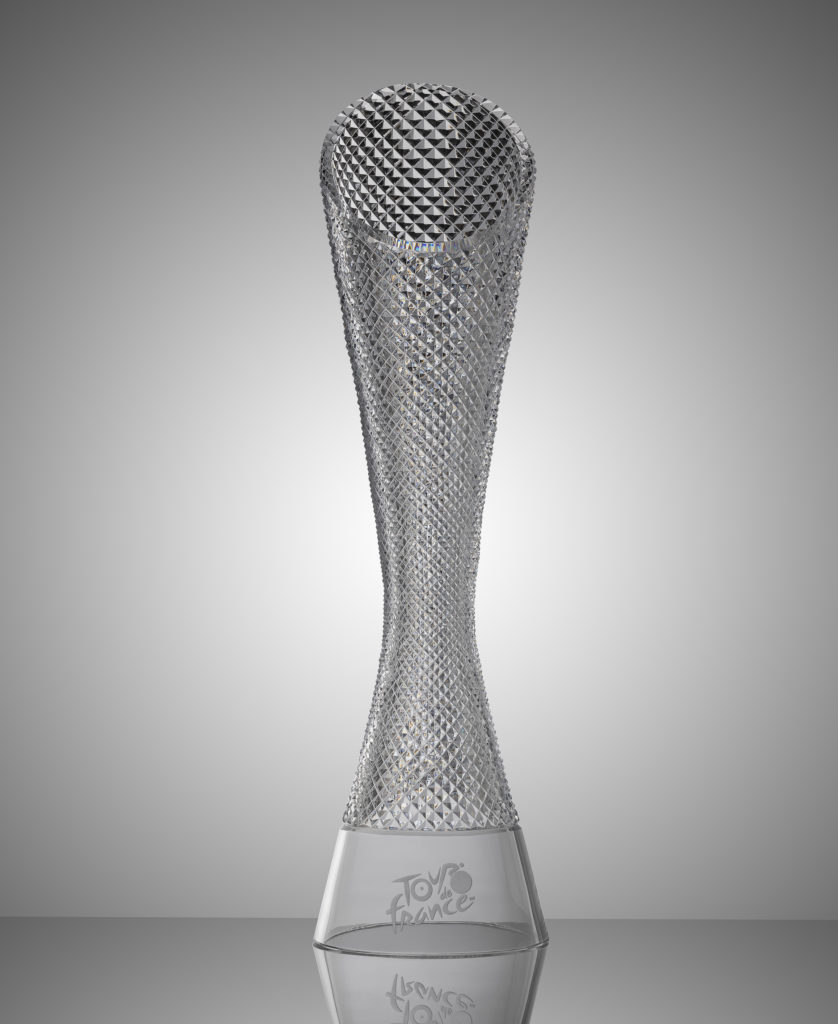 The 2019 edition of the race marks the eighth time that the Slovakian creative has configured the esteemed prize.

The 2019 edition of the race marks the eighth time that the Slovakian creative has configured the esteemed prize.

Dressed in the winner’s yellow jersey top, Colombian cyclist Egan Bernal stepped to the podium at the Champs-Elysees, cheered on by a crowd for his victory at the first segment of 2019’s Tour de France, the most noteworthy honor in the sport. The bright yellow color has become synonymous with the event, and is bestowed to the fastest of 176 contenders. But this isn’t the only emblem of distinction: the glass trophy is also lauded for its ability to attract attention, capturing the sense of victory that is duly given for such a momentous and taxing race.

Since 2011, the trophy has been configured by Slovakian designer Peter Olah and produced by Lasvit, a Czech glass making company that collaborates with artists and creatives to produce hand-blown works that are both inventive and timeless. Indeed, this ethos applies to the scheme of the glass chalice that is awarded to the Tour de France champion. Egan and the three other winners of each leg of the race will receive these unique designs.

Measuring about eight pounds and standing at roughly two feet, the trophy has a slender shape that cinches in the middle—which is the only characteristic that remains constant. Every year Olaf changes the cut and finish, giving it a fresh perspective, while also sticking to the time-honored practices of Lasvit. The trophies are handmade by a 75-year-old master glass cutter who spends three days creating each piece. “It is one of the most traditional cutting methods, one which many Czech people might recognize from the glassware of our grandmothers,” said Olah about this year’s design. “[For 2019, the trophy] consists of regular squares, which are finely cut into the shape of a pyramid.”

Egan and the three other winners of each leg of the race will receive these unique designs, which is hand-made by a 75-year-old master glass cutter who spends three days creating every piece. It is, to be sure, a prize worthy of the Tour de France mantle.