Portuguese artist Joana Vasconcelos has been active since the 1990s, but quickly rose to prominence at the 2005 Venice Biennale, where The Bride (2001–5)—a giant 18th-century–style candelabra made from thousands of unused tampons—hung from a gallery ceiling. (Thirteen years later, she became the youngest person, and the first woman, to have a solo exhibition at the Guggenheim Bilbao.) Vasconcelos deftly utilizes domestic objects to make monumental sculptures that comment on feminism and cultural identity. Here, viewers can glimpse the harlequin Valkyrie Marina Rinaldi (2014), a nearly 40-foot-long fabric squiggle that hangs from the ceiling, its bulging tentacles falling to the floor. Elsewhere, there’s a towering diamond ring made from gold-toned automotive rims and crystal whisky glasses, a pair of stilettos comprised of stainless-steel saucepans, and a puffy wall-hung blob, crocheted in multicolor concentric circles, called Big Booby #4 (2018). —Tiffany Jow 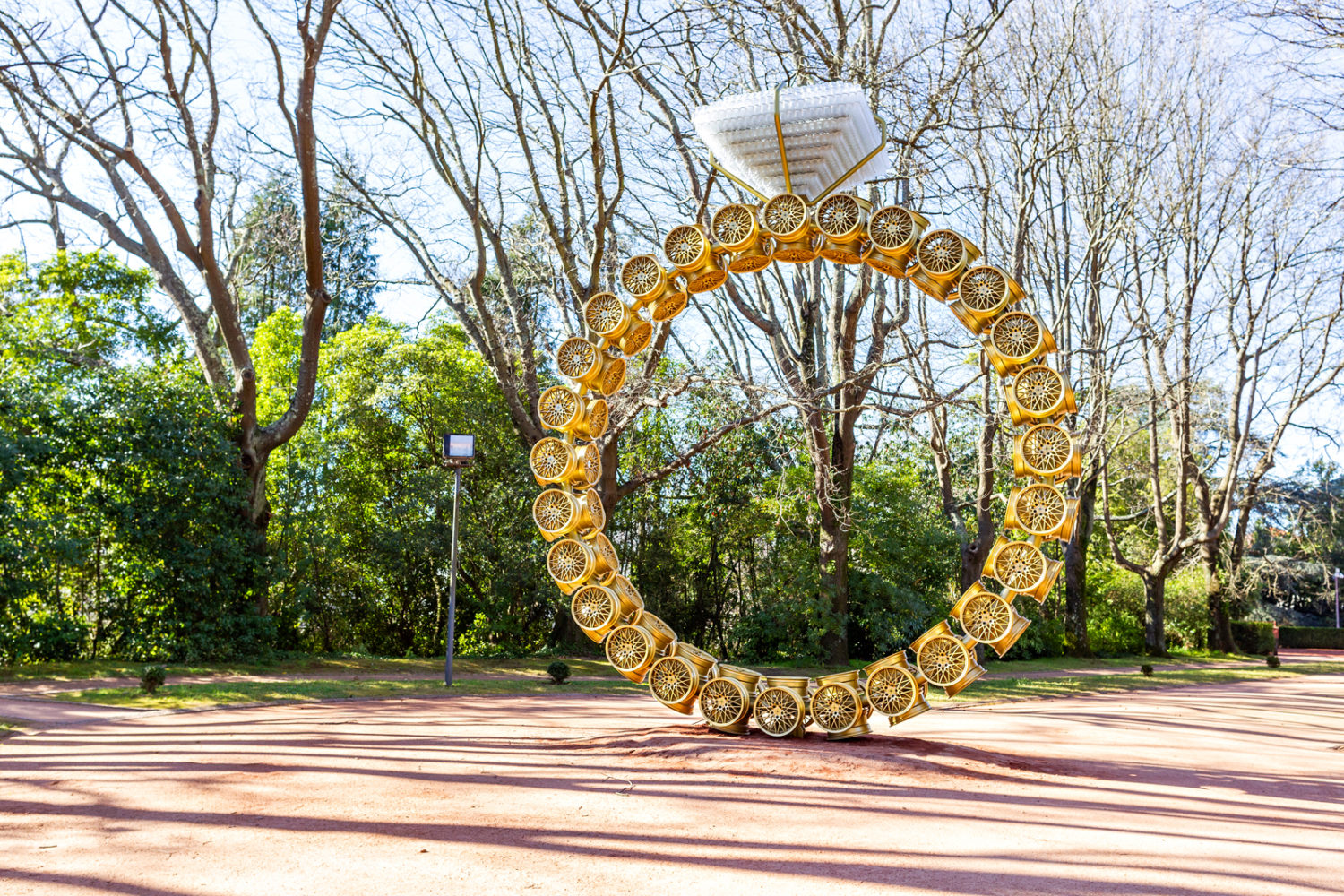