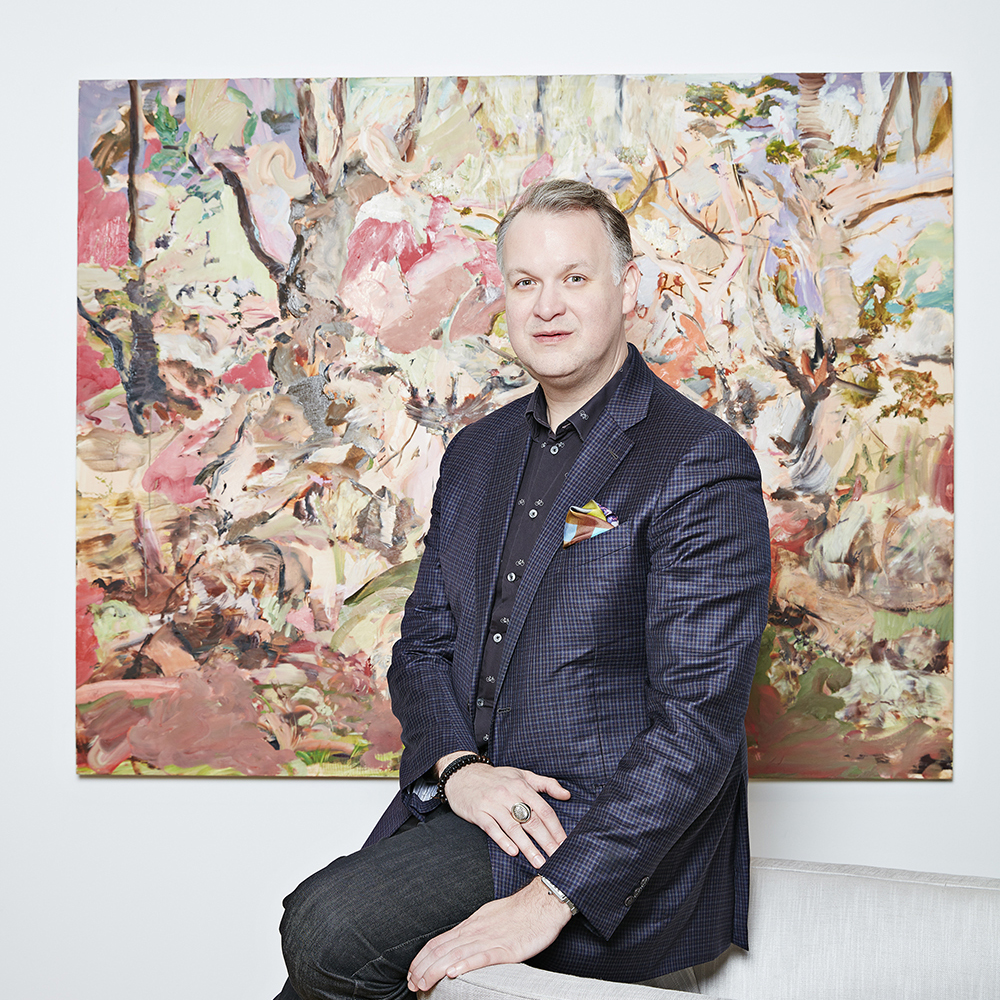 By Dan Duray
Portrait by Jessica Antola February 26, 2017
Share
Back

It’s perhaps fitting that the Andy Warhol Museum, in Pittsburgh, grew out of a financial impetus; its eponym, after all, worshipped glamour and thought of moneymaking literally as an art. It began with Warhol’s foundation, his sole beneficiary following his death, in 1987. In the years since, his estate has made so much money that the foundation, compelled by the legalities of its nonprofit status, has been forced to spend big, resulting in the museum opening in 1994, as well as the provision of funds for countless other initiatives, amounting to one of the largest arts-related philanthropic efforts in the United States.

So, all things considered, it wasn’t that much of a shift when, last summer, Eric Shiner, the museum’s former director, left the institution to become the senior vice president of contemporary art at Sotheby’s, the publicly traded auction house. “I think the biggest surprise has been that every single person who works here is the best at what they do,” he says, “and is so passionate about art.”

This month, another project of Shiner’s will debut at The Armory Show’s new Platform section meant to shake up the format of the New York fair. As the initiative’s first curator, Shiner, titling the inaugural edition “An Incident,” will operate within a handful of areas spread throughout the Armory’s 250,000 square feet. Visitors will discover more than a dozen large-scale works—with four being specially commissioned—by 14 artists including Lawrence Weiner, Douglas Coupland, and Ai Weiwei. Yayoi Kusama’s “Guidepost to the New World” (2016), “biomorphic forms” in her signature red and white polka dot motif, will serve as something of a centerpiece.

Back in 2013, under the Armory’s old management, Shiner worked on the decidedly more predictable, artist-nationality-oriented Focus section. But the new director, Benjamin Genocchio, has bemoaned the same-y-ness of art fairs, which now account for around half of all gallery sales. Focus will get an update, and Platform, under Shiner’s direction, will introduce show-stopping installations. These promise to be appropriately disparate and unpredictable, from “Chant” (2016/2017), an electronic sculpture by Iván Navarro that will translate sounds from passersby into patterns of light, to a restaging of Patricia Cronin’s “Tack Room” (1997/1998), which pairs equestrian paraphernalia with images of female anatomy. French artist Dorian Gaudin’s “Missing You” (2016) could best be described as a minimalist steamroller, a spare but menacing metal cylinder. “I wanted to make sure there were so many different voices,” Shiner says, adding that he aimed for geographic, gender, and age variety.

While the sprawling endeavor might be jolting at times, this too is a bit of the point. “I wanted these things to really infiltrate the entire fair,” says Shiner. “I hope that doing that will create certain moments of”—he pauses. “Joy? Hope and joy.” He pauses again. “And fear, in one case.” (That steamroller.) How many fairs go out of their way to offer that to their non-millionaire attendees?