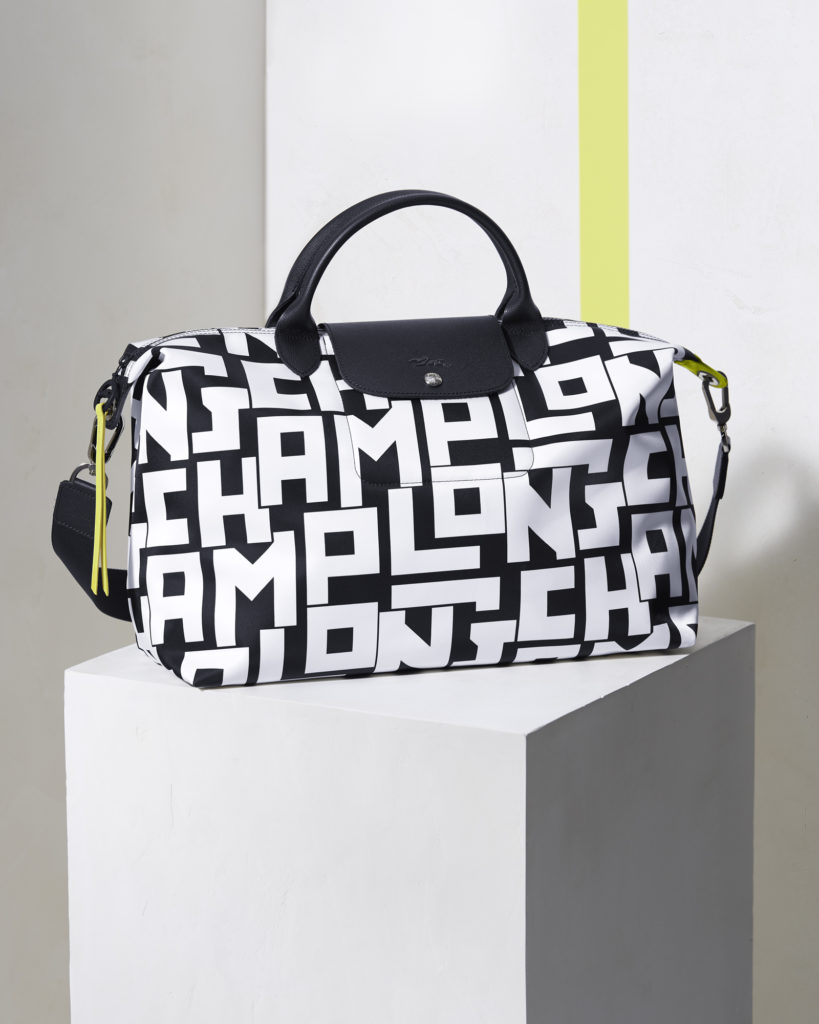 The French fashion brand introduces its new “LGP” logo inspired by the streets of New York.

The French fashion brand introduces its new “LGP” logo inspired by the streets of New York.

Longchamp is looking to take a bigger bite out of the Big Apple. In the past year, the storied French label has been making efforts to grow its visibility with Millennials in the U.S. market. It has opened a multi-level store on New York’s famed shopping mecca, Fifth Avenue; initiated capsule collections with burgeoning local designers like Shayne Oliver; showed its collections during New York Fashion Week; and signed Kendall Jenner to be the face of the brand. Now, Longchamp is pushing forward a new monogram, “LGP,” that departs from its classic sensibilities in the hopes that it’ll boost its marketing tactics with a further reach.

“We wanted to innovate and introduce something unexpected and different to surprise our existing customers, and also to reach younger generations,” says Sophie Delafontaine, Longchamp’s artistic director. “With Kendall Jenner being our current brand ambassador, we thought it was the right time to launch such a street-style-driven pattern that’s fun and a bit more edgy.”

With streetwear styles dominating the fashion industry, Delafontaine reasoned that to really be a power player in the market, the brand needed an update to appeal to consumers who may not be aware of its legacy. And since New York was the starting point for its U.S. expansion, it looked to the city for inspiration for the “LGP” logo. “New York’s grid-plan is very graphic when you look at it from the sky, so it was an obvious muse for us,” she says. In addition, the stark, bold quality of the monogram, which is an abbreviation of the brand’s name, is intended to riff off the style of the Bauhaus and the oeuvre of Andy Warhol. “We tried to blend these aesthetics to give an almost architectural look to the ready-to-wear and add a bold, edgy feel to our accessories,” she adds.

The way the letters of the brand are multiplied and placed in an overlapping pattern is much more dynamic than what it had in the past. When it was first viewed on the catwalk at New York Fashion Week in February, the logo gelled nicely with the rest of Longchamp’s collection of printed flowing long dresses with slick leather jackets and flirty skirts with biker boots, imbuing a youthful appearance.

It’s still unclear “LGP” will have legs, but Delafontaine is confident that it will. As she says: “It’s still very new, but it’s been encouraging to see everyone’s excitement about the collection around the world.”

At the Clark Art Institute, Sculpture and Scenery...

Neon Will Transform an Athens Tobacco Factory Into an...

Designer of the Day: Benjamin Langford