Adboah, who founded the platform Gurls Talk, discussed the ties between art and activism. “I think they probably are the same,” she said. “You’re saying something that other people are too scared to talk about.” When asked how she determines what projects are essential to her (a question prompted by the EQT slogan, “Everything that is essential. Nothing that is not.”) she said, “Clarity helps me decide what’s important. Everything else is a distraction.” 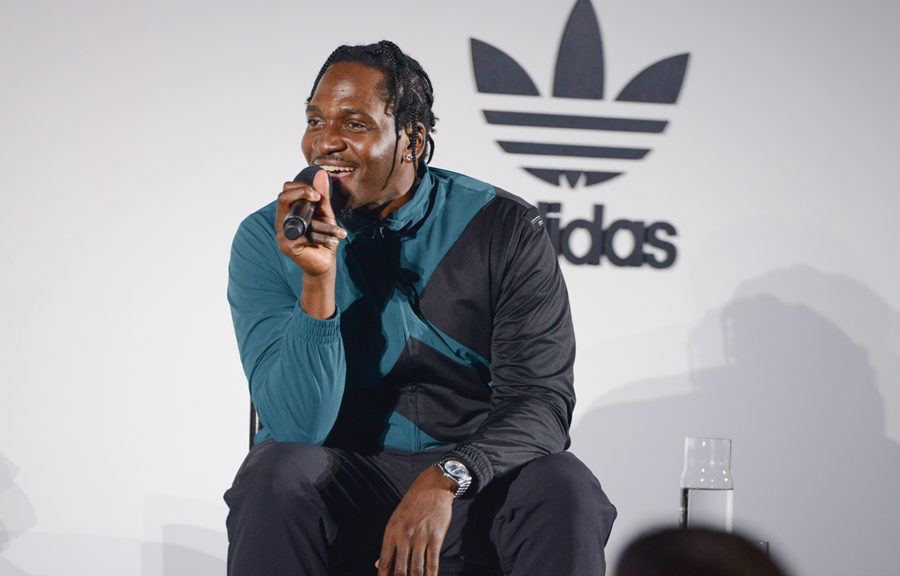 Pusha T agreed: “Anything that I’m doing has to be therapeutic in some way, shape, or form,” he said. He also touched on how he chooses his collaborators, saying, “Half the battle of a collaboration is whether people see it as organic.” Pusha T discussed the way his medium transcends different disciplines. “Music is essential to getting anything done. I can’t just sit down and write without a beat,” he said.

Jones, whose graphics served as the backdrop for both the discussion and for Pusha T’s performance, touched on his practice of using old technology, like vector-based drawing programs for the first Mac, to create for the present day. “You make stuff that comes out as super relevant and dope when you use the old stuff,” he said.  When asked about the relationship between art and politics, Jones responded, “Art needs to break people’s minds.”