The fashion iconoclast proves that it’s okay to be a square.

Converse’s classic Chuck 70 has been reimagined by the likes of Feng Chen Wang, Tyler the Creator, and Fear Of God’s Jerry Lorenzo, but perhaps none more radically than Rick Owens for the Drkshdw x Converse Turbodrk Chuck 70 collaboration that recently debuted at Paris Men’s Fashion Week. The sartorial rule-breaker had his way with the footwear staple by replacing the curved frontage with his own square-toe bumper while dramatically extending the tongue, nodding to the knee-high Converse once popular among punks. We never thought square-shaped kicks would take off, but the 58-year-old designer’s take on the Nike-owned brand’s classic silhouette makes a compelling case for the unlikely style to finally see the light (or, in this case, dark).

Maybe it’s because the shoe’s build is slightly distorted, yet still fits squarely within the DNA of both brands. “When I think of Converse, I think of the black-and-white Chuck Taylors and the punk rock generation,” says Owens. “These have always been iconic pillars of my aesthetic. Wearing Chuck Taylors, you align yourself with a generation that was experimental. There is a confident dynamic to the subculture.” Also confident is the partnership, which will continue into 2021 with Owens reimagining more of Converse’s classic silhouettes. It’s familiar territory for the designer—he previously tweaked the Chuck Taylor All Star during Spring/Summer 2014, which he describes as a “louder and dumber” precursor to this sneaker—so he seems well-poised for the challenge. “When I see something ubiquitous, I feel like I want to distort it,” Owens continues, noting that he was never a sneaker person. “I don’t know what that’s about. Maybe it’s some kind of adolescent rage. But that’s one of the greatest appeals of the Chuck Taylor All Star.”

The unisex sneaker isn’t available for purchase yet, but we wouldn’t be surprised if it sells out instantaneously. Until then, enjoy the square-toe stunner in action at the Rick Owens Fall/Winter 2021 Mens show, which he staged on the streets of Venice. Called Gethsemane and drawing inspiration from today’s turbulent times, the collection features Owens signatures such as body-hugging leather jackets and dramatically torn sweaters to pentagram-adorned tighty whities and wispy, ground-scraping hoodies. 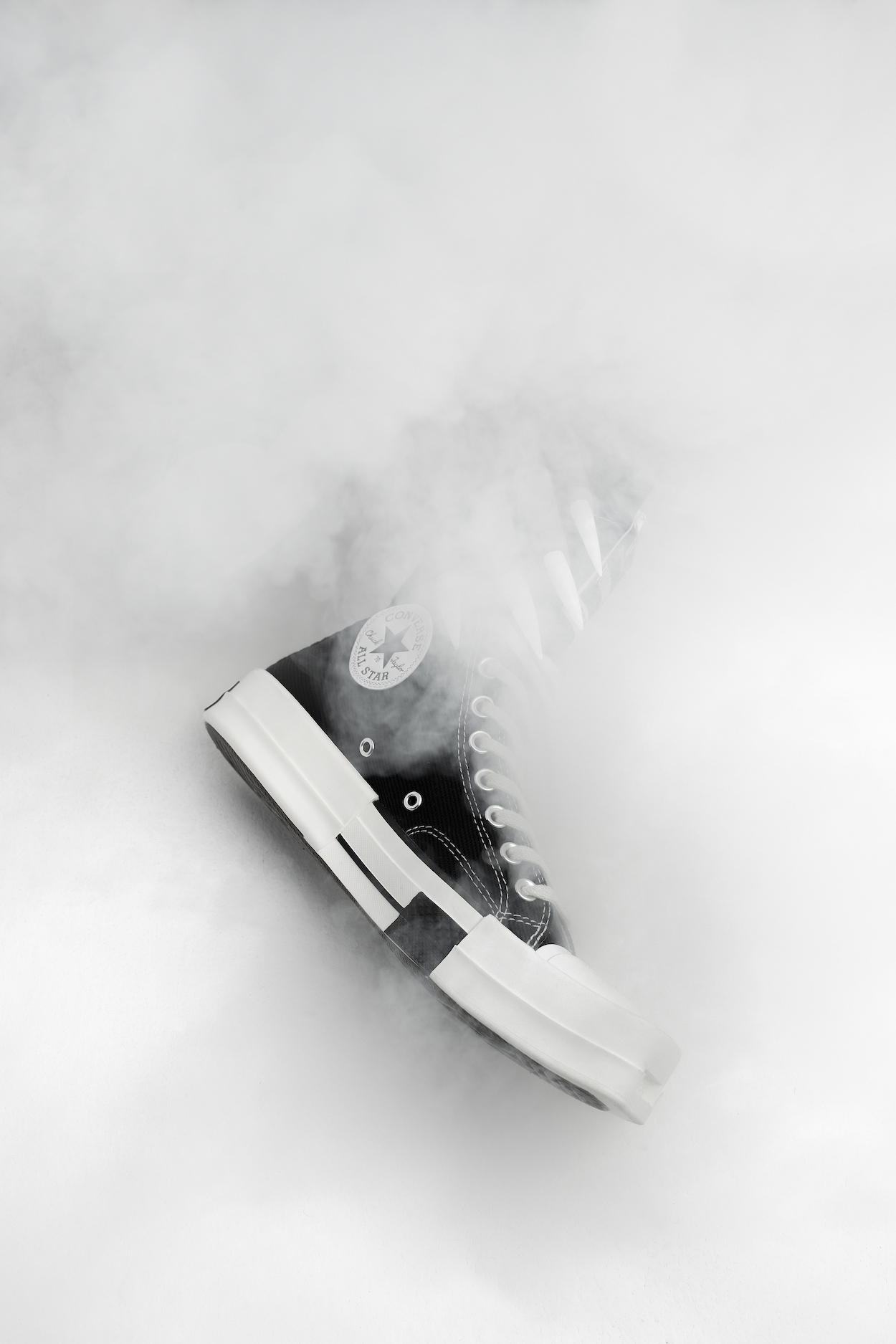