The legendary photographer reflects on color, his career, and his obsession with Instagram.

By Meredith Mendelsohn
Portrait by Grant Cornett July 5, 2017
Share
Back

Stephen Shore’s road trips through 1970s America yielded such spellbinding photos of seemingly ordinary sights that those images now serve as a kind of crystalline collective memory of that wood-paneled, Formica-clad, avocado-green era. But Shore, one of the most influential and imitated photographers alive today, isn’t prone to nostalgia, preferring to steer a conversation toward his more recent adventures in the medium. “I’ll use a high-end digital camera for editorial projects,” he says, “but really what I’ve been doing for the past three years is Instagramming with my phone.” By nine o’clock one morning this past spring, when I arrive at his uptown Manhattan apartment, he’s already been photographing the banalities of the day with his iPhone 7. “I have dogs,” he says, as deadpan as one of his photos. “I take them on walks and I take pictures.”

Having been working long enough to remember when pictures were only printed from negatives in a darkroom, Shore, 69, is part of a generation of photographers whose careers have spanned the great leap into the digital. For Shore, technological advances have offered an opportunity to experiment anew, but also to restore and reprint classic work. This past May, photography book publisher Aperture unveiled Stephen Shore: Selected Works, 1973–1981, a large-format tome featuring dozens of recently restored images from his best-known series, Uncommon Places, which captures in quiet detail quotidian America edging further away from the boom-time postwar years. At the same time, New York’s Museum of Modern Art is gearing up for a major Shore retrospective opening November 19 with work spanning his earliest tween-age photos to his Instagram feed. “He’s always been interested in popular photography and a cheap way of producing images,” says MoMA’s chief curator of photography, Quentin Bajac. “From the Rollei he used for American Surfaces to the camera that looked like Mickey Mouse to his print-on-demand books,” he adds.

Tall and slender with a mop of silver hair and intense eyes that seem sharpened by years of what can only be called extreme seeing (Bruce Dern could play him in a biopic), Shore is welcoming and patient but not one for chitchat. He gets right down to business—a tendency he may have honed while enduring so many interviews over the years, or perhaps while advising graduate students at Bard College in upstate New York, where he joined the faculty of the photography department in 1982. “I needed money,” he tells me when I asked him why he went into teaching.

He’s a remarkably still person—not an unusual characteristic for someone whose livelihood depends on it—but he’s also clearly the kind of guy who needs to keep busy. While juggling his professorial duties and numerous photographic projects—some commissions, some personal—he’s also been busy scanning and correcting more than a thousand negatives since digital advances made it possible, around 2000. He began with American Surfaces, his first road-trip series of motel rooms, diner meals, and other picture-worthy sights along the country’s highways and byways, which he took with a point-and-shoot camera in the ’70s, and then moved on to nearly 700 images from Uncommon Places, for which he swapped the handheld device for a tripod-bound, large-format-view camera, a momentous change he made in order to capture more detail. What all this means for Shore’s fans is a new bounty of crisp, juicy prints from an era that some might wrongly remember in washed-out hues. “There are some of my prints out there that are faded and people think they look nostalgic,” says the artist. “I have a problem with the nostalgic, cool thing. I think they look terrible, and it doesn’t look like what I was exhibiting at the time. My intention wasn’t to make a faded picture.”

As has been well-documented, Shore’s early years in the field were meatier than many photographers’ entire careers. He’d already been developing his family’s snapshots for three years when he received his first camera, a 35 mm, at the age of 9. In 1962, when he was 14, he famously cold-called Edward Steichen at the Museum of Modern Art and sold him three prints. A few years later, while showing one of his films in a downtown cinema, he met Andy Warhol, who invited him to the Factory, where he stayed for a good two years, dropping out of high school to do so. While soaking up the older artist’s industrious art-making ways, Shore took notice, in particular, of Warhol’s fascination with the look and feel of ordinary American consumer culture, as well as his interest in serialization and mechanization—concepts that resurface repeatedly in the photographer’s work. “I was exposed at the Factory to a kind of aesthetic thinking that I hadn’t encountered before,” Shore says in his matter-of-fact manner. Those conceptual touchstones would become more fleshed for out for Shore with exposure to artists such as John Coplans, Ed Ruscha, and Bernd and Hilla Becher.

At the Factory, Shore was also exposed to some kids from Amarillo, Texas, whose influence nearly matched Warhol’s. His road trips with them not only gave rise to his best-known series, but inspired projects like his “Greetings from Amarillo—Tall in Texas,” photos of 10 buildings he had printed on 5,600 postcards and distributed around roadside venues, and “All the Meat You Can Eat,” a show in New York he organized in 1972 showing confiscated photos and other shady ephemera obtained from the district attorney of Amarillo. Both projects are included in the MoMA survey.

“It’s important to understand that Stephen has always had this interest in the vernacular,” says Aperture editor Lesley Martin, who oversaw Shore’s new book. “One of the first things he produced from his road-trip material is the postcard set, and the postcard is the most basic form of Instagram. Take a picture, add a few words, and boom.”

If Instagram demonstrates another departure from the fine-art tradition, it also sheds new light on Shore’s practice, demonstrating how a handheld iPhone screen hasn’t muddied his ability to give an image structure—one of his longstanding photographic imperatives—or diminished his interest in the surroundings that humans have created for themselves. “I can’t photograph the essence of an age or place except where it becomes visible,” he says. “So that’s why the built environment has been fascinating me.”

His posts include a wide variety of subjects: street scenes, architecture, interiors, meals, discarded takeout containers, social gatherings, and his garden and the landscape of his rural home base upstate. “I’m not going through my archive and picking my favorites to post. I’m taking pictures with Instagram in mind,” he says. “What interests me is looking at the world with intention.” He now has around 90,000 followers, and while he’s not in it for public approval he can’t help but notice their reactions. “I have no idea why one picture gets 3,000 likes and another gets 700 likes. It’s not the dog. I have absolutely no idea.”

Shore’s new book offers a different kind of crowd-sourced opinion. Faced with the challenge of bringing new perspectives to a classic body of work and narrowing down the 700 prints Shore scanned and corrected from Uncommon Places, Aperture’s Lesley Martin decided to ask 16 artists, curators, filmmakers, and writers to make the selections. “I was surprised at almost everyone’s [choices],” Shore says of the edit, which shows off far more than the landscapes he’s typically associated with to include his portraits and close-up shots of unusual but banal details. “I was afraid people would pick what they thought looked like typical Stephen Shore pictures.” Director Wes Anderson wrote a narrative line to go with each of his choices, while curator Hans Ulrich Obrist accompanied his picks with various rubber stamps. Author Francine Prose selected just one photo and wrote about an old memory it invoked, while photographer Thomas Struth let his selection speak for itself. The artist Taryn Simon created an algorithm to randomly select her set. Shore was flattered. “I like that idea,” he says, laughing. “It makes me feel like it’s such a good body of work that you can choose it at random.” 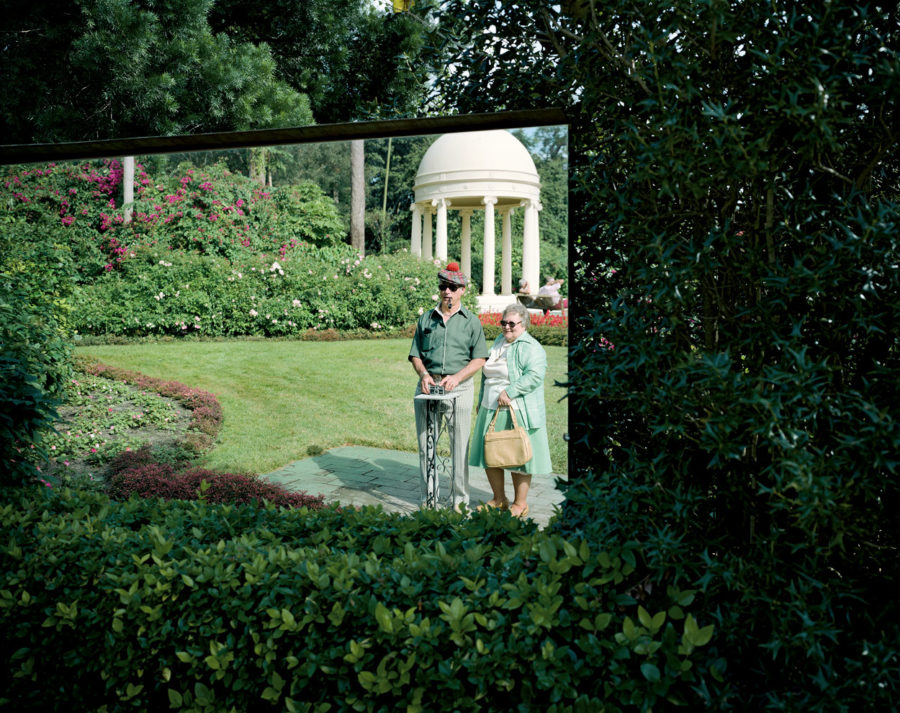 A Freedom Sculpture for Independence Day