Anni Albers created a legacy much like her tapestries—unassuming, rich in thought, and firmly woven into the annals of art history. Her process was reverential to ancient techniques passed down from generations of weavers from disparate cultures, yet her methodical approach at the loom—her preferred tool to create her larger-than-life works—promoted the modern ideals established by the Bauhaus school. This viewpoint will be on full display starting on September 2019 at David Zwirner in New York, where the gallery will mount an eponymous exhibition of Albers’ works, the first in the U.S. in 19 years.

“To be very clear, this is not a retrospective—a description that implies a complete survey,” says Brenda Danilowitz, chief curator of the Josef and Anni Albers Foundation. “Why her work has so seldom been seen in the U.S. is a question for the museums and other gatekeepers of the art world.”

Indeed, Albers, though highly regarded in the industry, hasn’t received the same recognition that, say, her husband, painter Josef Albers, has garnered. True, there have been several recent solo showings at international art institutions at the Guggenheim Museum Bilbao in 2017, and Kunstsammlung Nordrhein-Westfalen and the Tate Modern in 2018, but “Anni Albers” at David Zwirner is only the second in the U.S. since a 2000 retrospective at the Jewish Museum. It’s also timely, coming quick on the heels of the Bauhaus school’s 100th anniversary, and at a moment when more institutions are highlighting the collections of women artists.

Born in Berlin, Germany in 1899, Albers (née Annelise Elsa Frieda Fleischmann) grew up with a furniture maker for a father who introduced her to textile production at a young age. She would later attend the Bauhaus in 1922 and—only by happenstance, after weaving was one of the few classes offered to women—took up the medium that subsequently became her idée fixe. Three years later, she married her husband, and both became practicing artists and educators, extolling the design philosophies established by Walter Gropius.

With her loom, Albers’s created tapestries characterized by their striking geometric patterns. She immersed herself in the traditions of weavers from China, Egypt, Peru, and beyond, finding common threads that tied them all together. For her, it boiled down to creating works with applied thought that simplified the wild, sinuous, and often discordant forms found in nature. And it is this ability to create with intention, to configure materials into something new—whether that be something completely visual like a mural, or functional like a rug—that distinguishes civilizations throughout history.

“Usefulness does not prevent a thing, anything, from being art,” Albers wrote in her 1965 book On Weaving, which was re-released in 2017. “We must conclude, then, that it is thoughtfulness and care and sensitivity in regard to form that makes a house turn into art, and that is this degree of thoughtfulness, care, and sensitivity that we should try to attain. Culture, surely, is measured by art, which sets the standard of quality toward which broad production slowly moves or should move. For we certainly realize that there are no exclusive materials reserved for art, though we are often told otherwise.” 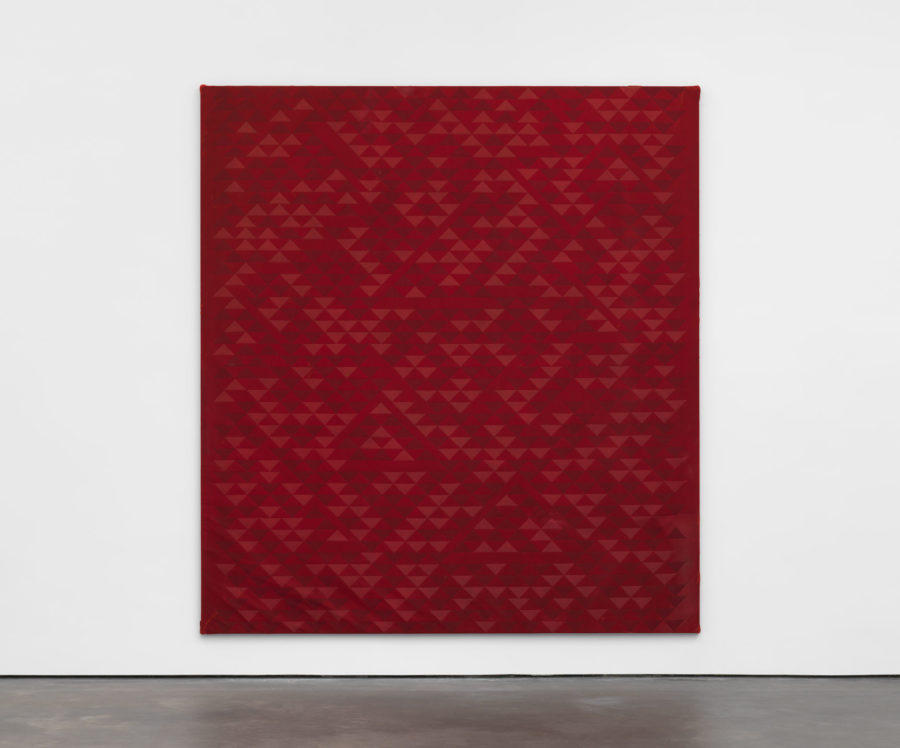 Over time, these Bauhaus principles changed how many viewed utilitarian disciplines, giving them credence in scholarly circles. For practitioners like Albers, though, the quest for the undiscovered was always far more interesting and thought-provoking than the final product, which is why she continued to experiment well into her 70’s. “Albers is a model of the creative, independent, artist who was the determined master of every aspect of her work from conception, to craftsmanship, to understanding of materials—a bravery of execution, and the will to experiment on a journey to places where others have not ventured,” Danilowitz says.

To highlight Albers’s sense of exploration, Danilowitz curated a selection that covers different areas of her practice, explaining how her work “defies chronological arrangement”—even though the exhibition places a particular focus on her output from the ’50s onward, after her move to the U.S. in 1933. “The increasing complexity of her technique and her consummate ability to make commanding visual statements in her chosen materials is well represented in a group of woven works from the late 1950s and early 1960s that exploit shiny gold metallic threads and soft nubbly supplemental wefts that meander purposefully against a background of black and neutral shades,” Danilowitz adds. The exhibition will include With Verticals (1946), In Orbit (1957), Study in Red Stripes (1969), and the rediscovered Camino Real (1968), which will be making its international debut outside Mexico. There will also be a number of Albers’s prints and drawings, along with photographs taken by her husband.

The goal is to illustrate  a portrait of an artist whose drive was ceaseless, and whose work sought to advance a mindset that allowed no gaps between form and function, weaving both together as one fully formed tapestry. “All of the above send a powerful message to the art world—a formulation she shunned—that ‘you can go anywhere from anywhere’; that what matters is not the final result but the truthful pursuit of an unknown, or little-known but imagined end that will take care of itself,” says Danilowitz. “Young artists in an age when fashion and trendiness are overvalued take courage from her example.”

“Anni Albers” will be on display at David Zwirner gallery in New York from September 2019 to October 2019.

Designer of the Day: James Stumpf