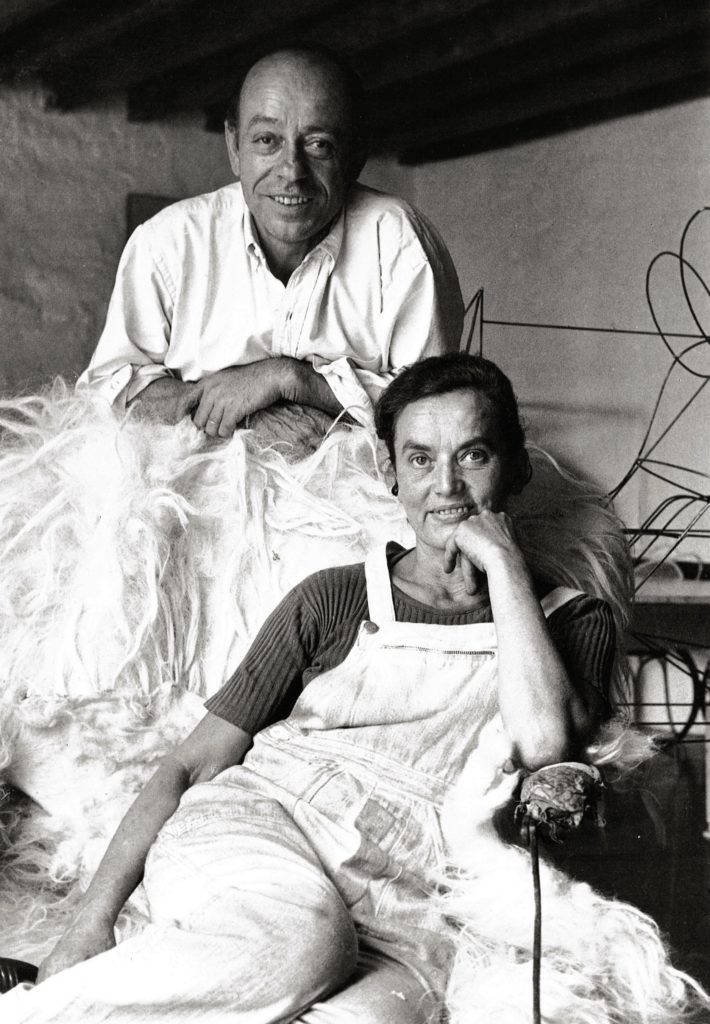 The art couple’s vast, personal collection is going up for auction.

The art couple’s vast, personal collection is going up for auction.

The dreamscape created by Claude and François-Xavier Lalanne continues to live on. The husband-and-wife art duo, affectionately called Les Lalanne, amassed an extensive collection of personal works, along with whimsical pieces from friends and colleagues throughout their lifetime. It will be unveiled at “A Window into the Magical Universe of Les Lalanne,” an auction by Sotheby’s Paris that will run from October 23 to 24, 2019.

“It is both an immense privilege and a fantastic opportunity to have been chosen by the family of Claude and François-Xavier Lalanne to orchestrate this sale, as each object is imbued with the story of this mythic couple,” said Florent Jeanniard, head of 20th century design at Sotheby’s Europe.

The couple met in the 1960s, and began exhibiting together, showcasing their respective styles that have been noted for their surrealist qualities: François-Xavier for his menagerie, and Claude for her sinuous bronze sculptures inspired by nature. Passing 11 years apart—François-Xavier in 2008 and Claude in 2019—Les Lalanne left a legacy that has been lauded by creatives across all mediums, including Yves Saint Laurent, Peter Marino, and beyond.

“I never had the opportunity to meet François-Xavier Lalanne, but I had the privilege of knowing Claude personally, and to be introduced to the wonders of her universe, and deep affinity with the natural world,” said Mario Tavella, president of Sotheby’s France and chairman of Sotheby’s Europe. “It is a great honor to be able to pay tribute to these internationally renowned artists, a couple who hold today a fundamental place in the history of French art.”

From François-Xavier’s Rhinocrétaire and Moutons de Peter to Claude’s Grand Choupatte and Bureau Crocodile, selections from their oeuvres will be on full display in select cities—in addition to a number of personal belongings and art works by Jasper Johns, Niki de Saint Phalle, Max Ernst, and more.

“A Window into the Magical Universe of Les Lalanne” will be on view in New York, Paris, Hong Kong, and London, before returning to Paris for the auction on October 23 and 24, 2019.