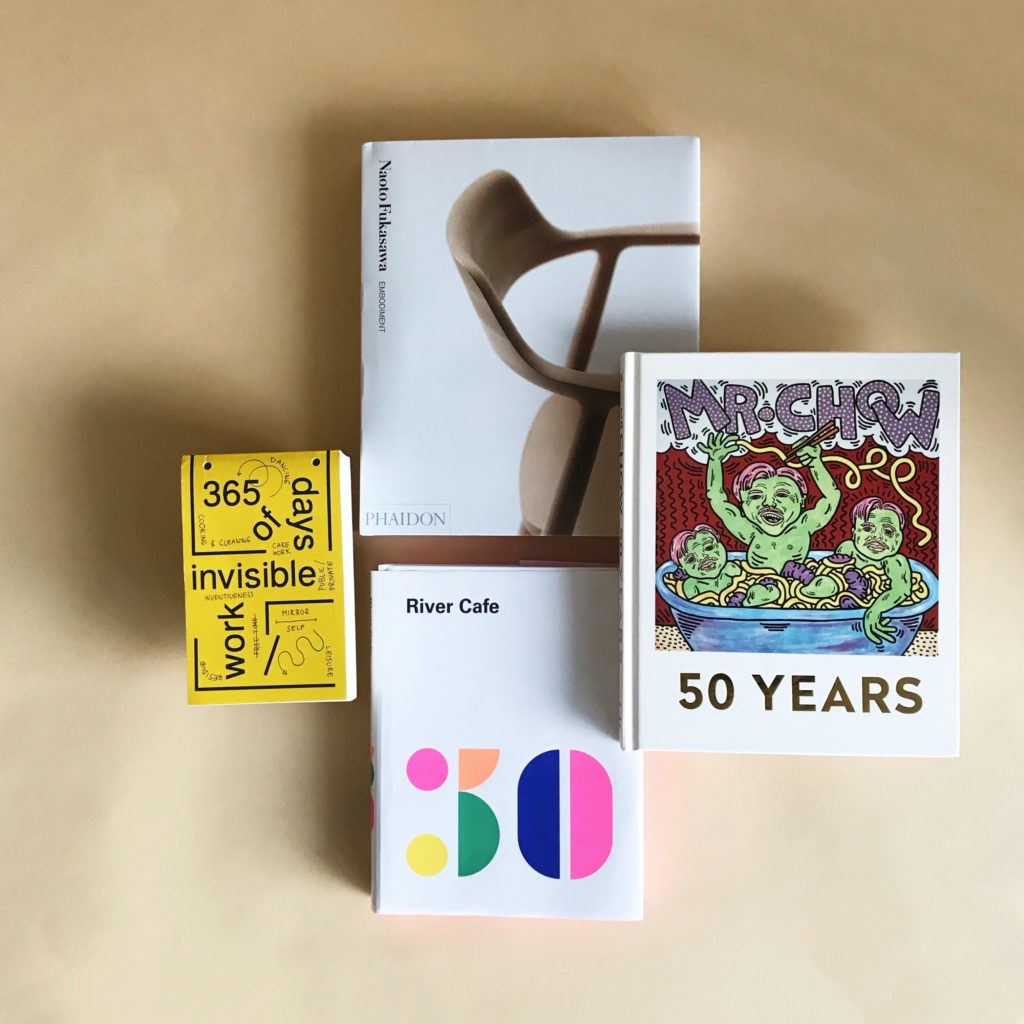 This month’s titles highlight people who have rolled up their sleeves and left their mark on the world.

This month’s titles highlight people who have rolled up their sleeves and left their mark on the world.

One of Japan’s most famous designers, Naoto Fukasawa showcases more than 100 of his simple and user-friendly designs in Naoto Fukasawa: Embodiment (Phaidon). Bringing a new sense of imagination to everyday objects from pens to tech gadgets, the result is a universal aesthetic appeal and a beautiful tribute to a continuing career. Guided by deep studies of human behavior and cognition, this monograph offers further insight into Fukasawa’s philosophy.

For five decades, Mr. Chow has bridged the divide between East and West not only with hand-pulled noodles, but through art and design. Mr. Chow: 50 Years (Prestel) celebrates the anniversary of his iconic restaurants as well as friendships with giants of contemporary art, from Andy Warhol to Jean-Michel Basquiat. In this book, 160 images illustrate his vision to bring people together through the universal languages of food and art.

Thirty years of food and memories are celebrated in River Cafe London (Knopf), a hardcover recipe book put together by Ruth Rogers and the restaurant’s head chefs, Joseph Trivelli and Sian Wyn Owen. More than 100 recipes highlight the high-quality Italian cooking the café has been creating since 1987, including updated favorites by Rogers and 30 new classics from the menus today. A special section in the book explores the restaurant’s history with photos and hand-drawn illustrations, perfectly capturing the eatery’s past and present.

In 365 Days of Invisible Work (Spector), the Domestic Worker Photographer Network presents 365 images depicting a collective, candid portrait of domestic work and the lifestyles of some of those whose days it fills. The open-network group of amateur photographers—whose jobs run from dishwashers and gardeners to mothers, interns, and artists—dispatched mundane instances, regular frustrations, and surprisingly poetic moments from Barcelona, Bogotá, Brooklyn, and beyond.

This Book Chronicles A Side of Abstract Art...

Gucci Pays Tribute to the Inspiring Works at the...

Rediscovering the Forgotten Women of the Bauhaus, A...

This Creative Consultancy Wants You to Stop and Soak...