At this year’s Salone del Mobile, our editor-in-chief was taken with projects that thoughtfully tap into tradition.

Of the hundreds of new things I came across during this year’s Salone del Mobile design and furniture fair, the one I found the most captivating was a collection produced by the London-based designer Paul Cocksedge. Titled “Excavation: Evicted” and presented by New York design gallery Friedman Benda in collaboration with Beatrice Trussardi, the installation comprised six furniture pieces—four dining tables, a coffee table, and a bookcase—made from chunks drilled out of the floor of Cocksedge’s studio, from which he is being evicted. 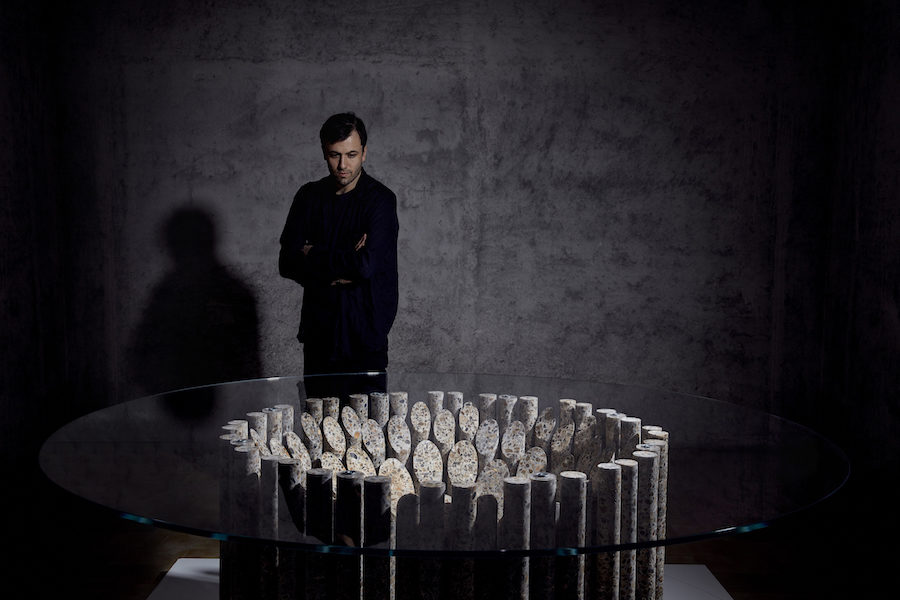 After spending 12 years in the space, the designer felt (rightly) attached to it and wanted to take a piece of it with him, a commemoration and manifestation of years spent grinding away and building his career within its walls. (He has also cited Brexit as relevant, suggesting that the project reflects the feelings of upheaval happening right now in London and Great Britain at large, though I feel that’s a bit of a conceptual stretch.)

Cocksedge’s effort could, on the surface, be compelling as an idea but weak in execution. Thankfully, that’s not the case. He skillfully incorporated the concrete flooring, mostly reusing it as supports for the units, and in the case of two tables, he even included a layer of Victorian-era bricks. Aesthetically, the work stands out on its own; paired with the story and process behind it, though, it offers a one-two punch, a combination so potent it left me, well, floored. Dramatically showcased in a cavernous, bunker-like space, the collection is deeply historical yet entirely contemporary.

“Excavation: Evicted”—though my personal favorite—was only one of several projects that mined the past to create forward-thinking products for the present. At the Emeco booth at the fair, Jasper Morrison exhibited his 1 Inch collection. As is the case with all of Morrison’s work, the pieces don’t scream out for attention. They’re subtle and refined and tap into the history of the American company producing them. Similar in language to Emeco’s most famous product, the Navy chair, the 1 Inch line respects the brand’s past while also offering something new. As Morrison put it to me, “It’s quite a calculated project. Before we decided what to do, we looked through the [company] catalogue and checked what products weren’t working. In the stacking category, Emeco has two products that weren’t particularly comfortable that nevertheless were selling quite well. This suggested we could improve things.” The result is a square-tubed furniture line made up of café and bar tables, a chair and armchair, and stools available in three heights. Highly technical and difficult to make—“With square tubes, you have to be very careful because the aluminum can buckle”—the clean-lined products appear anything but. 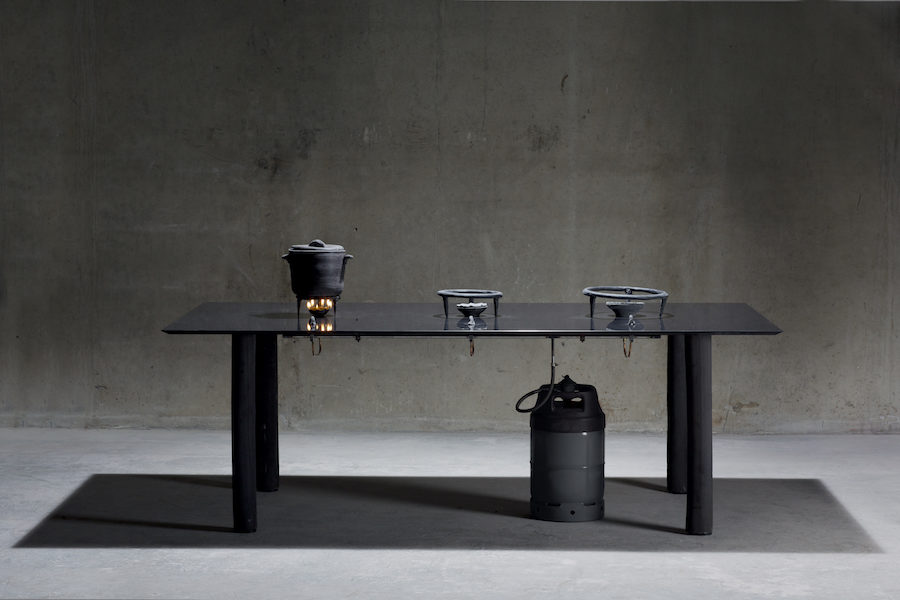 Back in the city, the Spanish surfaces brand Cosentino showcased a project called Dektonclay, done in collaboration with the ceramic expert Xavier Mañosa of the Barcelona-based design studio Apparatu. Three years in the making, it implements one trademarked material—Dekton—to produce an entire kitchen, including the kitchenware, the ovens, the cooktops, and the handles, not just the countertop and legs. Combining a centuries-old craft with this modern material allowed Meñosa to build out a kitchen unlike any I’ve ever seen. In my opinion, it’s also the most inventive, intriguing, and aesthetically pleasing use of the material since its 2013 launch.

Also at the fair, in the Foscarini booth in the Euroluce hall, I came across a light that seemed to come from a refreshingly unusual line of thinking. Called the Filo, it’s the work of Andrea Anastasio, an Italian artist who works within the philosophical borderlines of art and design. About as much a necklace as a functional lamp, his creation strings together Murano glass elements with electrical wiring, looping them around a hook to create a playful product that embraces decoration and functionality with equal measure. “Decoration shouldn’t just been seen in a low cultural way,” Anastasio told me. “It’s a language, and we need to bring it into the 21st century without vintage and revival. We need this language to translate into our daily life, our time, our culture.”

Filo achieves this mightily. The same could be said of the work by Cocksedge, Morrison, and Meñosa: Rather than always trying to innovate for the sake of it, these designers are also excavators, choosing to pull ideas from the past and incorporate them into the present.

See All of Our Salone del Mobile 2017 Coverage

Fashion Label or Arts Patron? With COS, It Can Be Hard

The Looks of Salone 2017: Stylish, by Design