For his studio's 10th anniversary, the designer revealed a new collection of limited-edition objects at Milan Design Week.

For his studio's 10th anniversary, the designer revealed a new collection of limited-edition objects at Milan Design Week.

A marble grandfather clock adds an enigmatic touch to Lee Broom’s Time Machine collection. Its debut coincides with the 10th anniversary of the British designer’s studio, and, always one for theatrics, Broom unveiled the collection on a white carousel within a derelict vault in Milan’s central train station, part of Ventura Centrale’s presentation during Salone.

Only the grandfather clock stood alone, at the back of the cavernous space. Like everything in the collection, it comes (appropriately) in an edition of 10—but, whereas the other objects are blanched revivals of Broom’s past hits, the grandfather clock was built from scratch. Carved out of separate blocks of marble, which members of Broom’s team handpicked from a quarry in Carrara, Italy, no two display the same pattern.

As a whole, however, the design resonates with Broom’s memory of a grandfather clock, that, as a boy, he discovered in his grandparents’ home. “I was sort of in awe of it because it was so statuesque and oversized and imposing,” he says. “There was almost something kind of terrifying about it, but very beautiful at the same time.” His preoccupations for the next 10 years will be more prosaic: In addition to opening more stores globally, he says he’d like to design a hotel. 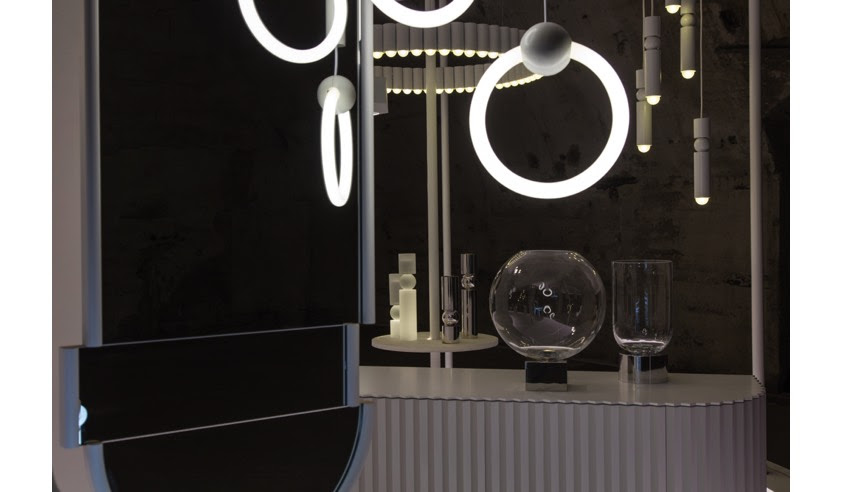 See All of Our Salone del Mobile 2017 Coverage

Designer of the Day: Adi Goodrich