This Pop-Up Bar Revisits the Golden Age of Milan

With any creative resurgence, there is always a ground zero—and usually one that serves alcohol. The legendary Bar Jamaica served that purpose during the 1960s in Milan, gathering together some of the brightest and most eccentric minds of a generation, from artists Piero Manzoni and Lucio Fontana to poets Giuseppe Ungaretti and Salvatore Quasimodo. (It could be considered equivalent to Studio 54’s presence in Manhattan in the late ’70s.) It was here that a young Pino Rabolini was inspired to create the pioneering prêt-à-porter jewelry brand Pomellato. Rabolini broke with the model that this goldsmith father and others had followed for generations, forging a new path for the industry.

Fifty years later, Pomellato remains a front-runner in jewelry. To celebrate its anniversary, the company has built a temporary version of Bar Jamaica, complete with wooden barstools, greenery, and a faux collage of antique frames on the walls. Located inside New York’s Collective Design Fair (May 3–7), the space provides visitors with a place to relax while telling the brand’s story. “Pomellato has a unique style rooted in unique times, and it’s impossible to understand the true nature of the brand without contextualizing our history at a precise moment,” says Pomellato Group CEO Sabina Belli. “Pomellato is one of the progressive products of the radical movements that, in the late 1960s and early 1970s, shook a world of formalisms and conventions in order to affirm a new vision for young people, women, and creative minds.” The revival of Bar Jamaica is an homage to a time both tumultuous and prolific. And, just maybe, it can inspire the next generation of outside-the-box thinkers. 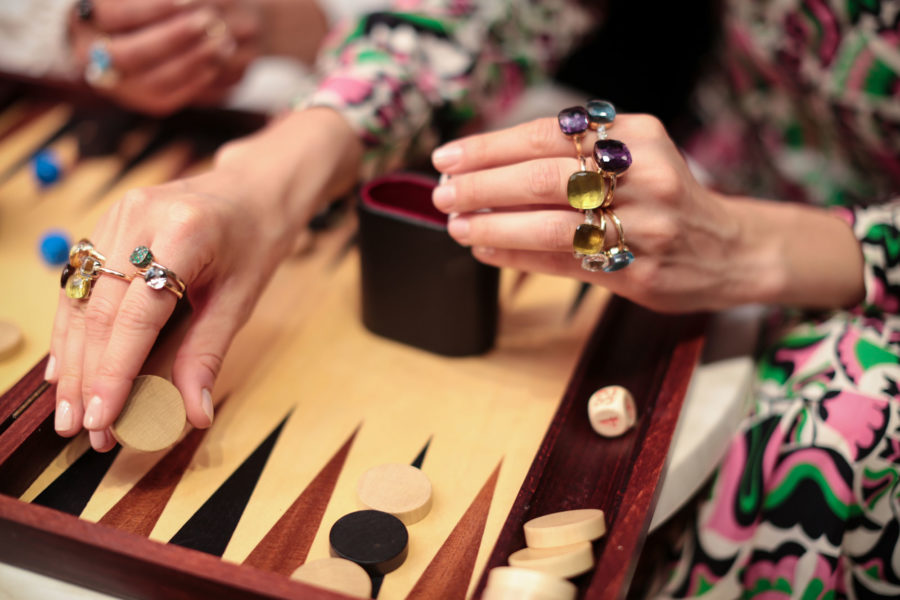 This Furniture Collection Is Like a Cast of Characters

Fort Standard Gets Down to Business