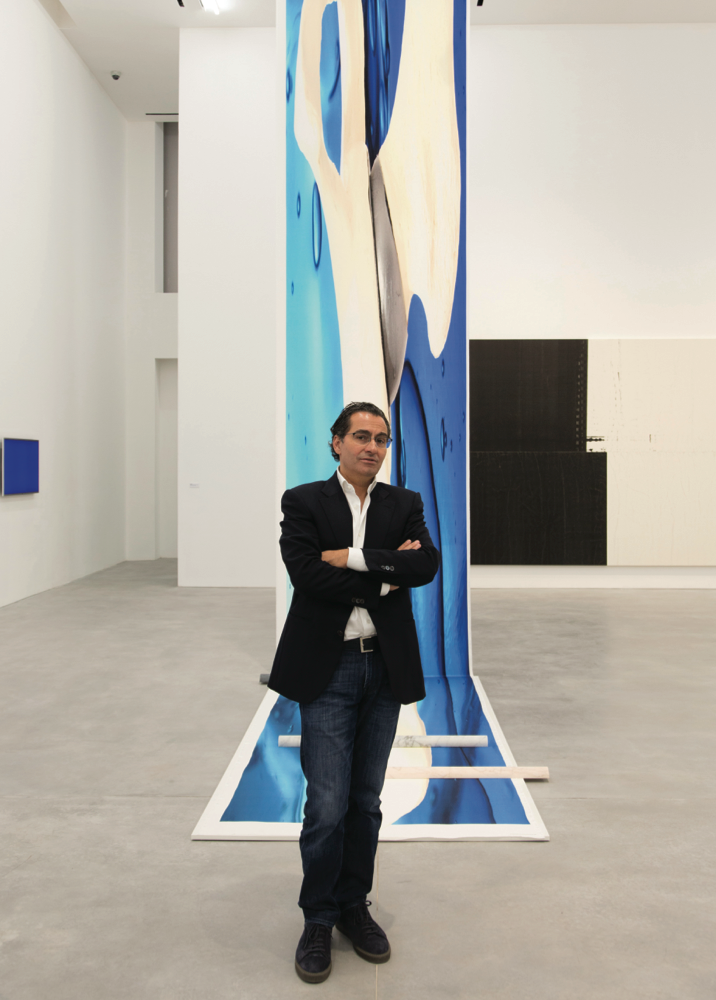 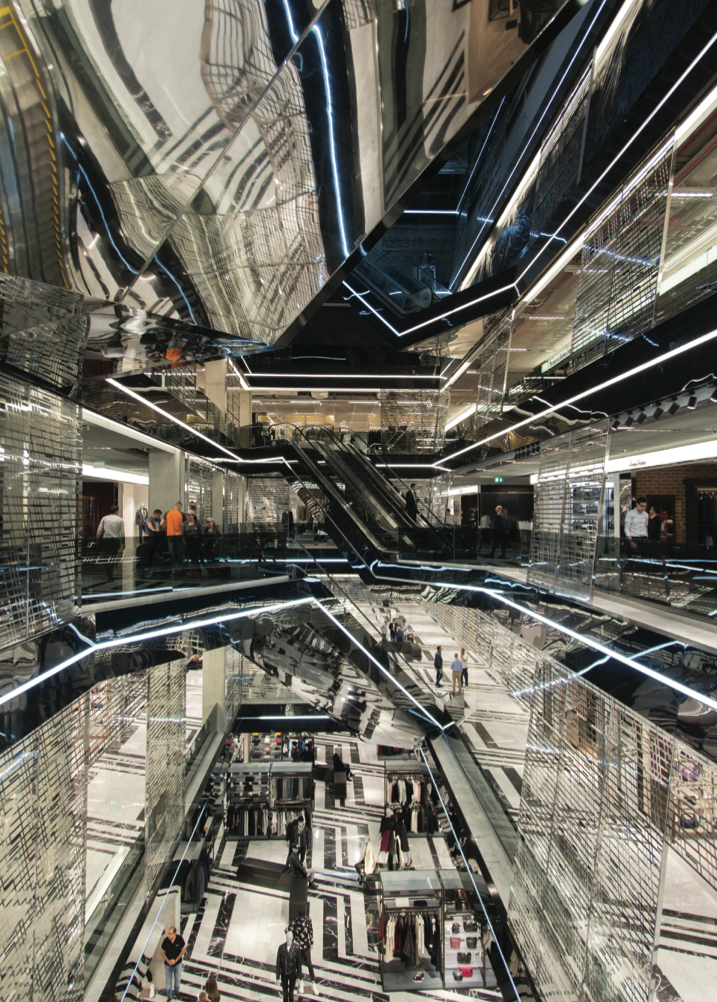 Tony impresario's Aïshti Foundation in Lebanon opens a brawny building as daring as the institution’s art.

By SHIRINE SAAD
Photos By DALIA KHAMISSY November 30, 2015
Share
Back

Tony impresario's Aïshti Foundation in Lebanon opens a brawny building as daring as the institution’s art.

One gloomy fall afternoon in Beirut, the scent of garbage in the air, a garrison of trucks and cranes rove near the new Aïshti Foundation, designed by architect David Adjaye, on Lebanon’s seaside highway. Several hundred workers hurry to complete the monumental building, due to open the next day. Clouds of dust rise from the grand entrance, and in the midst of the cacophony, Jeffrey Deitch, the New York–based art dealer, stands on the central escalator dressed in a seersucker suit and his signature clear-framed glasses. As we pace the galleries of the mall, overflowing with the latest dresses and accessories from Moschino, Dolce & Gabbana, and Céline, we find a passage into the adjacent art foundation, and enter the stark white space.

A brown phallic sculpture by Giuseppe Penone is being unpacked from its plastic wrap under the watchful eye of Massimiliano Gioni, the New Museum’s artistic director and curator of the foundation’s inaugural show. “This is great! This is wonderful!” Deitch exclaims, as he embarks on a journey around the four floors of the foundation. “This is great!” he says again as we pass a Gerhard Richter print, a word collage by Richard Prince, and works by Urs Fischer and Sterling Ruby.

While Salamé’s collection began 15 years ago with slit paintings by Lucio Fontana and Achromes by Piero Manzoni, it now encompasses over 2,000 works mixing the Italian conceptualists with pieces by rising talents such as Joe Bradley and Ziad Antar. The new foundation, which measures approximately 430,000 square feet and costs more than $100 million, will host rotating exhibitions of works from the collection arranged by guest curators; it’s the first space of its scale in the country and sui generis for its shopping-mall extension, which includes more than 80 stores, restaurants, bars, a spa, a pool, and a seaside promenade.

“I come from the world of fashion,” says Salamé, 48, as he dashes around the galleries followed by a posse of staff and photographers. “Building a fashion collection and building an art collection are very similar projects. They are complementary. One must have a coherent narrative.” The businessman, who began his career by selling imported clothes to his friends while studying law, opened the first Aïshti store 25 years ago and built an empire by introducing luxury brands to a country emerging from the devastation of civil war.

Salamé has always collected objects obsessively—ancient stamps, Chinese porcelain, Italian paintings, and Middle Eastern carpets—but a meeting with Italian retailer Dino Facchini at age 22 prompted him to shift his approach to art. He bought his first few works on credit, something that kept him up at night.

Slowly, as his business grew, so did his collection. A meeting with Jeffrey Deitch nine years ago marked the beginning of a new phase of fervent purchasing, which helped Salamé become one of the most notable collectors in the world. Pieces from his collection are frequently loaned out to institutions including the Whitney, MoMA, and the New Museum.

Some have described Salamé’s impulsive and fast approach to collecting as bulimic. During a three-day spree at Art Basel in Switzerland, he bought 22 pieces, including a Daniel Buren sculpture and a John Armleder pour painting. “I like it, I buy it, it’s done,” he says. Throughout the year, Salamé makes the rounds to fairs and studios, and though he consults Deitch and Gioni, as well as gallerist Emmanuel Perrotin and auctioneer Simon de Pury, according to artist Daniel Buren, his choices are personal and reflect his own taste.

The genres in Salamé’s collection include conceptualism, pop abstraction, minimalism, and formalism. Many of the pieces are largescale paintings, prints, or sculptures, requiring vast spaces to be housed. Most had never been displayed before this show. As for video, Salamé says, it takes too long to watch, and he only has a couple in the collection. “I’m a busy man,” he says. “But I do love video. Maybe with age I’ll calm down!”

This seems very unlikely. Salamé is restless. He now has 830 employees throughout the Middle East, and flies regularly between New York, Miami, Milan, and Paris. In his world, everything must be executed fast, and perfectly. His razor-sharp eye for the next trends has helped him build an empire many times over. “In Italy,” he says, “everyone calls me the Swiss of the Middle East for my work ethic.”

In late October, 2,000 guests attended the opening gala. The fall rains had subsided, and a strong marine balm washed over the crowd. David Adjaye stood surrounded by his friends, beaming. The architect, who lived in Beirut when his ambassador father was posted here at the dawn of the civil war, said he initially connected with Salamé over mutual interests. “His appreciation for art comes from his taste in fashion,” he said, shouting over the booming music. “This really is how collectors should collect art,” he added. “They should have a voracious appetite.”

Adjaye’s building echoes Salamé’s enthusiasm. The facade, an exoskeleton of lasercut aluminum in the same shade of red as Lebanon’s traditional brick roofs, wraps around the mall and foundation, embracing the surrounding sea and cityscape. Adjaye created it as a peaceful oasis away from the chaos of the city: “[It] will help add more complexity to this place. For me, when people simplify the message, you need to make it complicated again.”

Art for Change Artists Launch a New Series of Prints...