The fashion designer presents his Collection 1 2020 with the famed venue as his backdrop.

The fashion designer presents his Collection 1 2020 with the famed venue as his backdrop.

It’s Alexander Wang’s America and we’re all just living in it. The fashion designer presented his Spring 2020 collection—aka Collection 1 2020—at Rockefeller Center in front of the “Prometheus” statue, while projecting the Stars and Stripes (subverting it and replacing the former with an “A”) on an illuminated makeshift runway. The show also featured a front row with celebrities dressed in team jerseys, hot dog stands and Nuts 4 Nuts pushcarts—detailed attempts at capturing the essence of New York while also giving the crowd a taste of the city’s flavor.

“I can think of no better stage than the middle of Manhattan to present a collection to a global audience,” says Wang in a statement. “New York, its people, its energy and its style remains central to my creative inspiration and this collection amalgamates the different tribes of women and men that make this city so special.”

The show, which comprised of 60 looks for men and women, was divided into four sections, each one underlining archetypal American styles. The first was power suits with oversized shoulders and nipped waists in double-ply wool and leather à la Samuel L. Jackson circa the Aughts. Then came a series of daywear that riffed off Calvin Klein’s underwear and denim ads from the late ’90s, with wife beaters, logo-ladened white tees and light-wash jean jackets and shorts. This was followed by Wang’s spin on the Ralph Lauren aesthetic: chambray shirts paired with suede fringe skirts and pants, corduroy blazers and outfits made for black-tie benefits. Finally, Wang presented a lineup that was quintessentially his own: skimpy sportswear styles all in white.

Since renouncing New York Fashion Week last June, preferring to present his collections according to his own sales schedule, Wang has gone above and beyond with his shows, booking huge venues like the former Williamsburg Savings Bank and Pier 17. This one at Rockefeller Center, a stalwart for many art exhibitions, marks the first time that a fashion brand has ventured into what would have been a logistical nightmare—but Wang and his team managed to pull it off seamlessly. Overall, it was a great representation of both the brand and its home city. 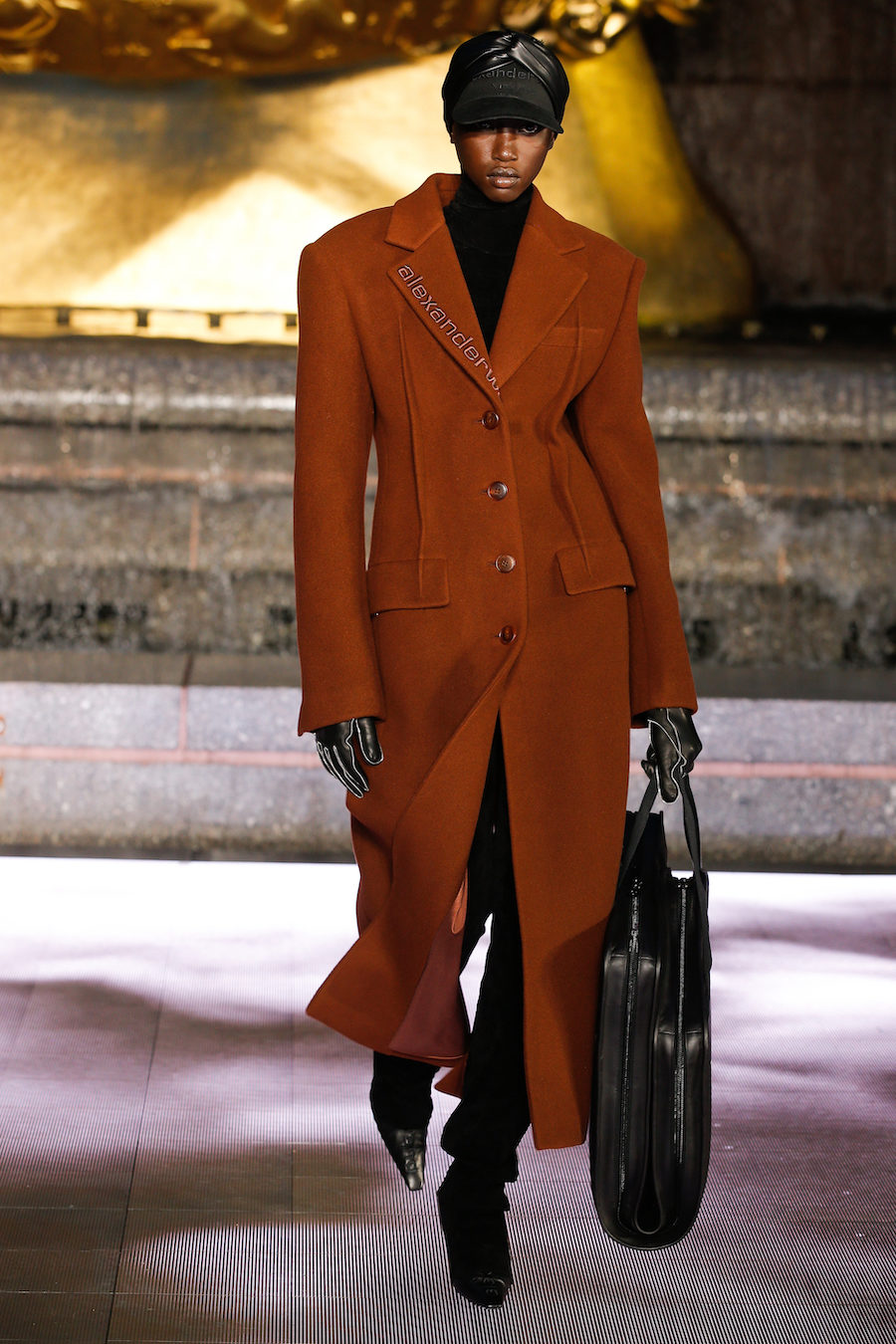