In honor of Women’s History Month and the female creative talents in our community, we’re proud to present “Woman Made,” an exhibition of female artists, designers, and makers in partnership with Glossier at Surface Area in the Miami Design District.

In honor of Women’s History Month and the female creative talents in our community, we’re proud to present “Woman Made,” an exhibition of female artists, designers, and makers at Surface Area in the Miami Design District. Featuring more than 40 visionary creatives, the show, curated by Samantha Coven Ehrlich and Catie Case, celebrates deeper themes of femininity and representation. “By utilizing techniques typically associated with traditional ‘women’s work’—beading, knitting, and ceramics—along with a mix of painting, photography, sculpture, and design, these women push the boundaries of their respective mediums to reimagine the female role in contemporary art and society,” says Ehrlich, an art adviser and director of partnerships at Surface.

Gabriella Picone, a painter and ceramic artist who splits time between New York and Sicily and contributed an evocative gouache painting titled Rosa (2021), named her newly launched studio Idda, which translates to “her” in Sicilian dialect. “In many parts of Sicily and the small island where I’m from, gender roles are still traditional and women are at the center of the home,” she says. “My work is very influenced by these Sicilian women—their hardships, but also the handmade crafts that they practice daily.”

For some, feminism speaks to deeper themes. “Femininity is survival,” says Isabelle Brourman, an emerging painter and fashion designer behind the label Love Izzy, who’s showing a bright watercolor painting about individualism. “It’s about having the confidence and humor to go forth with one’s own intuition. My work embraces femininity because it always attempts freedom, freedom to take my time.” For the painter Summer Wheat, who depicts women of different shapes and sizes in her canvases, including one at “Woman Made” of women catching fish as a symbol of fertility and transformation, inclusivity is key. “They rejoice in unusual combinations of color, and I utilize curvilinear lines that are bold as well as fine to give the women a sense of gravity, strength, and softness,” she says.

More than 80 members of Miami’s creative community arrived at Surface Area for the opening reception. Hosted in partnership with Glossier, the event celebrated female voices of contemporary art and design. Guests sipped on beverages by women-owned brands Curamia Tequila and Kin Euphorics while enjoying a DJ set spun by Brianna Lance, who also presented three paintings in the show.

The following afternoon, Surface hosted a media and artists luncheon at Le Jardinier in nearby Paradise Plaza, where attendees enjoyed a vegetable-forward concept by Michelin-starred chef Alain Verzeroli and orange wine by female-owned Vivanterre. At the gallery, Bond Hardware hosted a piercing pop-up courtesy of local tattoo and piercing artist Robert Lemes; elsewhere in the gallery, guests found the perfect photo op thanks to Sasha Bikoff’s Croissant Loveseat in Lipgloss Pink, positioned in front of Flavor Paper’s Can Can wallpaper, designed by artist Liz Collins. See highlights from both events below and watch out for Glossier’s forthcoming boutique opening in the Miami Design District on Thursday, March 24th. 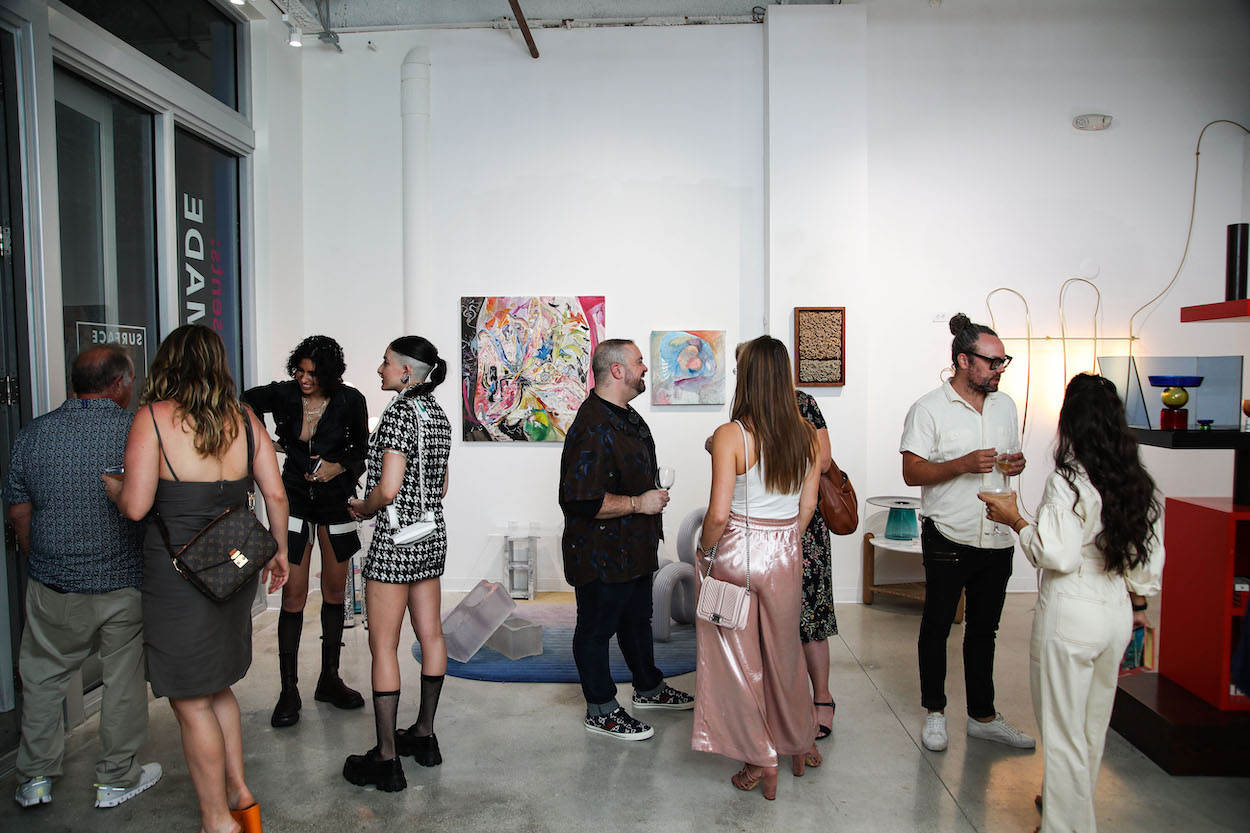 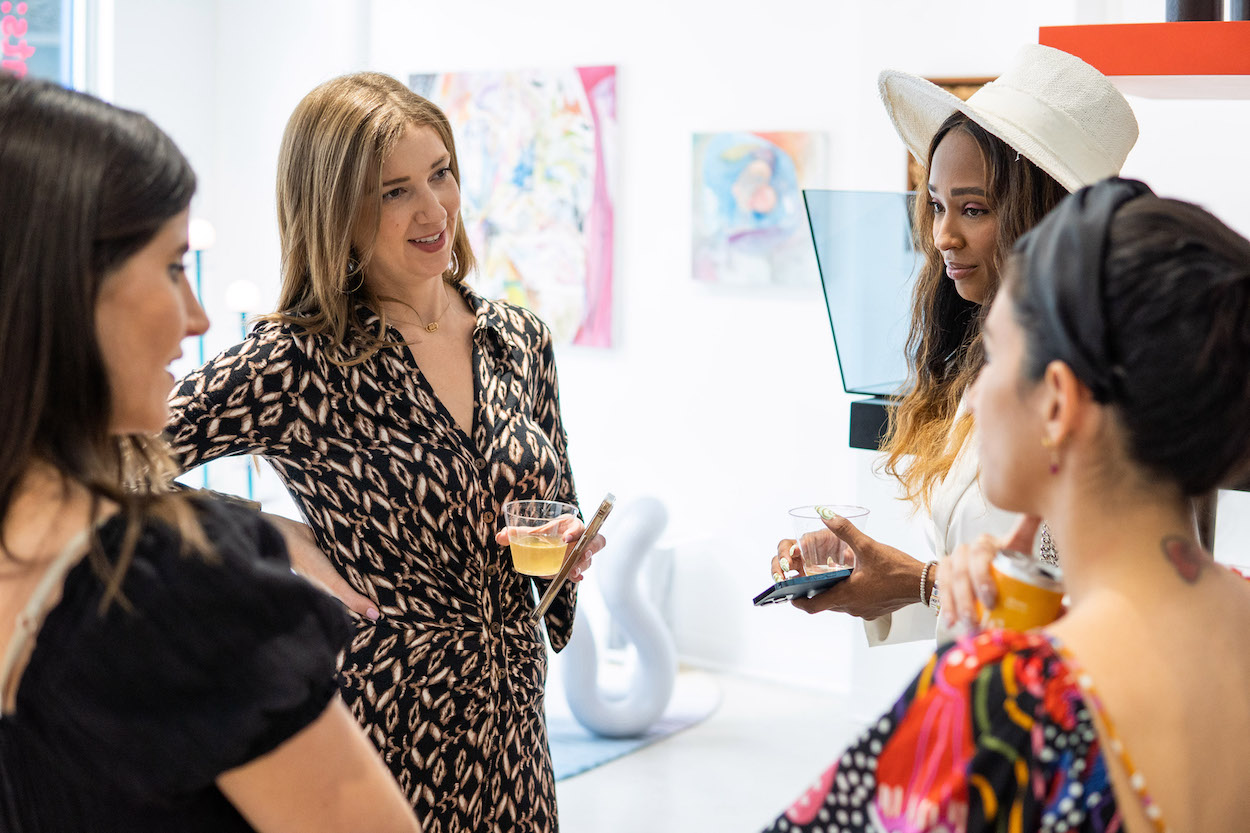