Copenhagen Shows Off 4 New Hotels With a Contemporary Edge

The culinary-and-design destination now has even more to offer.

The culinary-and-design destination now has even more to offer.

Forget clean lines, light shades, and minimalism: There’s nothing intrinsically Scandinavian about this 15-year-old Latin Quarter property, which just unveiled a much-needed overhaul. Architect Hilde Aasbø of Anemone Wille Våge—the mind behind The Thief in Oslo—led the redesign, which relies on rich materials and a dark palette with pops of jewel-toned color. Take the atrium lobby, where a jade, crescent-shaped chenille sofa sits on floors done up in a Tetris-like pattern of white, black, and emerald terrazzo tiles. The 288 rooms are equally dramatic, with dark walls, eggplant-hued accent pillows, and forest-green Flos Snoopy lamps. Also on hand: an adjacent street-level Mediterranean restaurant and an impressive art collection; keep your eyes peeled for works by contemporary Danish artists like Bjørn Nørgaard, Tal R, and the Superflex group. 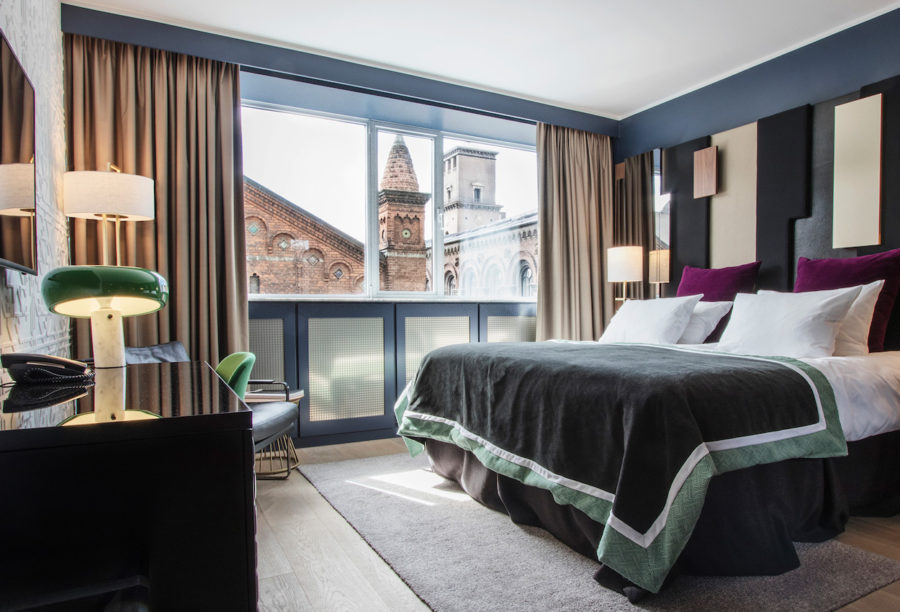 Former Royal Ballet dancer Alexander Kølpin is no stranger to the stage—and his flair for theatricality is on full display at the 54-room Sanders, his third hotel project in Denmark. This one is set in the former Hotel Opera, a longtime hangout for artists and creatives, and is just steps from the Royal Theatre, where Kølpin used to perform. London-based design studio Lind + Almond helped craft the eclectic aesthetic, which contrasts warm, inviting guest rooms adorned with midcentury–inspired furniture made of timber and rattan, with the more glamorous Tata bar, all paisley fabrics and velvet curtains. But our favorite space is the Living Room, where it’s easy to feel relaxed among the hand-woven jute wallpaper, Fritz Hansen cane chairs, and wood-burning fireplace. 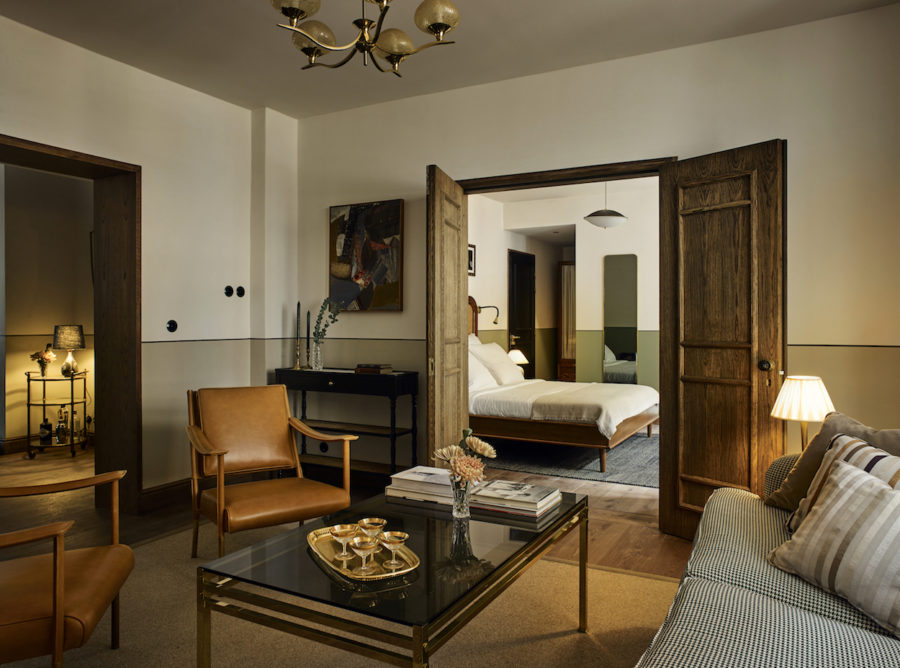 Good news for visitors angling to stay at the only property inside the famed Tivoli Gardens amusement park: Nimb, designed by René Jasper Thomsen, will double in size when it reopens in November. Like the existing 17 rooms, the 21 new suites will be individually decorated with a blend of vintage—an Ole Wanscher sofa; Spanish colonial desks; Danish art deco lamps—and contemporary touches, such as four-posted beds by Culti and Neue Wiener Werkstatte. Housed in a 1909 building, the hotel is modeled after a Moorish palace—albeit one with a Venetian marble facade (part of a 2007 renovation). In addition to the five culinary spaces already onsite, ranging from a casual bistro for open-faced sandwiches to a basement cellar wine bar, a rooftop terrace is on the way, complete with a sushi restaurant and the city’s first outdoor heated pool. 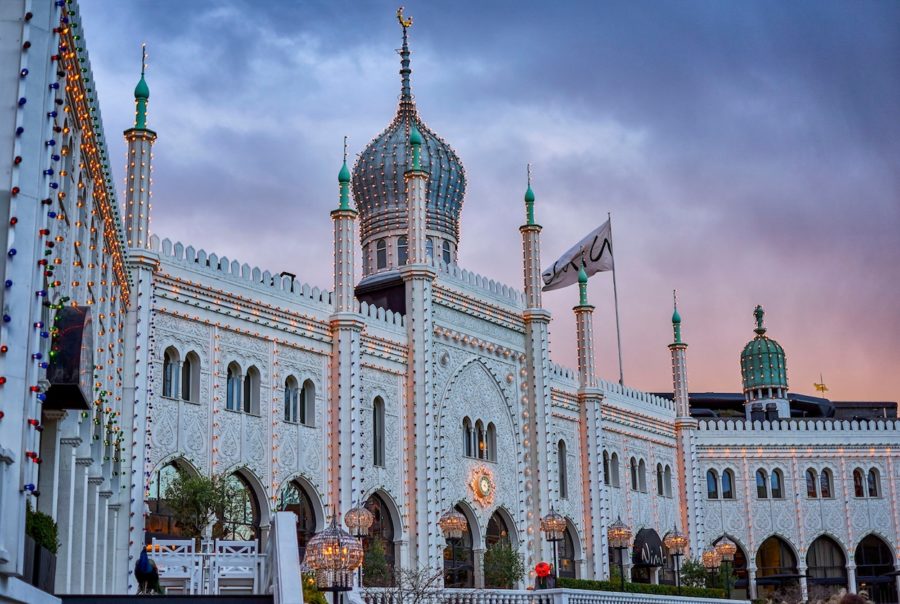 The Royal Danish Conservatory of Music has been transformed into this 77-room property steps from the Ny Carlsberg Glyptotek museum and Tivoli Gardens. Designed by famed Swedish architect Gert Wingårdh, it’s the latest addition to the family-owned Nobis Hospitality Group, known for converting historic landmarks. (See Stockholm’s Miss Clara Hotel, a former girls’ school.) Inside the light-filled rooms are chevron oak floors and a calming color scheme of blues and greens, plus gray Bardiglio marble in the bathrooms. In true Nordic form, the restaurant, located inside a 1960 house next door and helmed by award-winning Danish chef Jeppe Folder, champions locally grown and foraged produce from the island of Sjællan and other nearby areas. 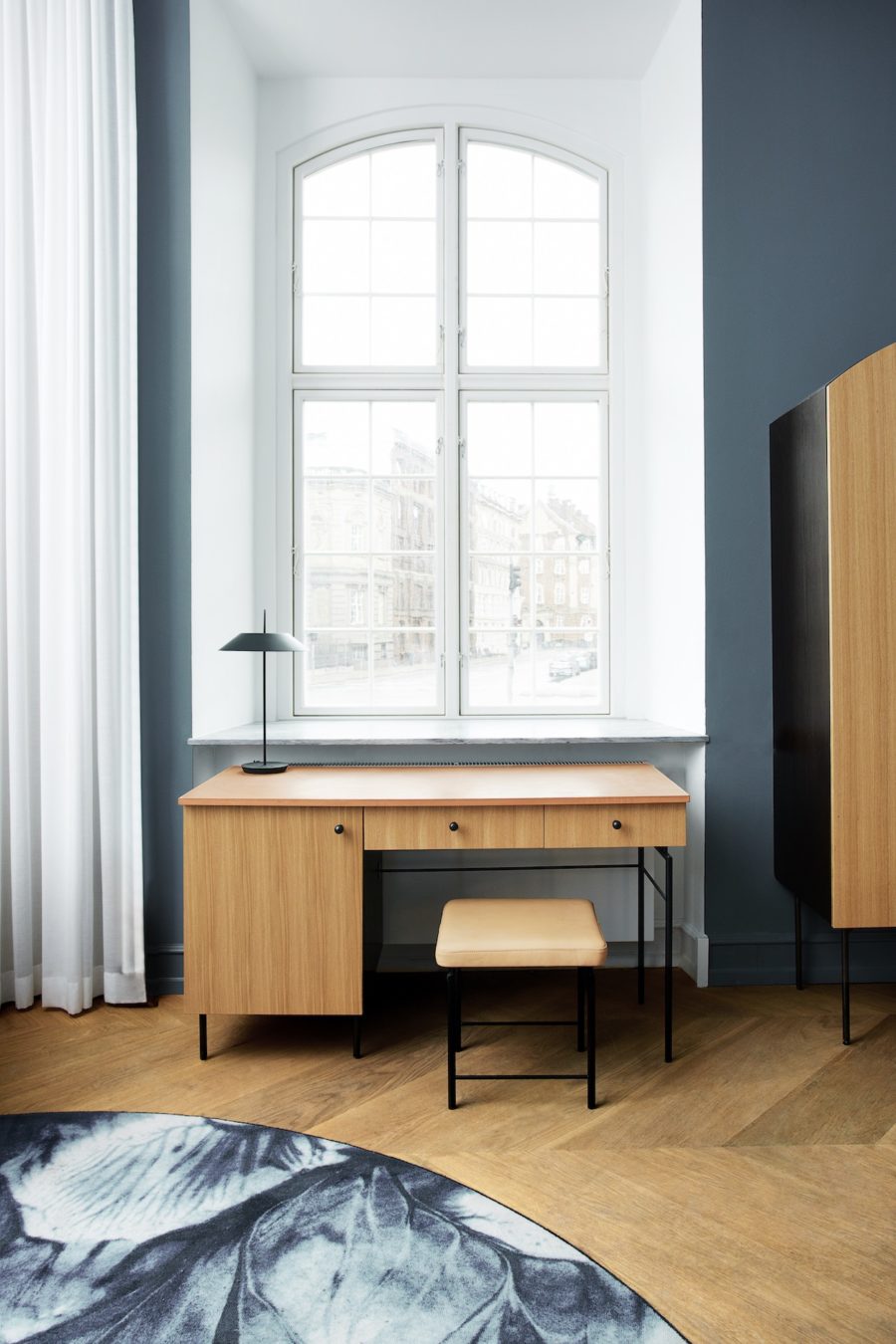