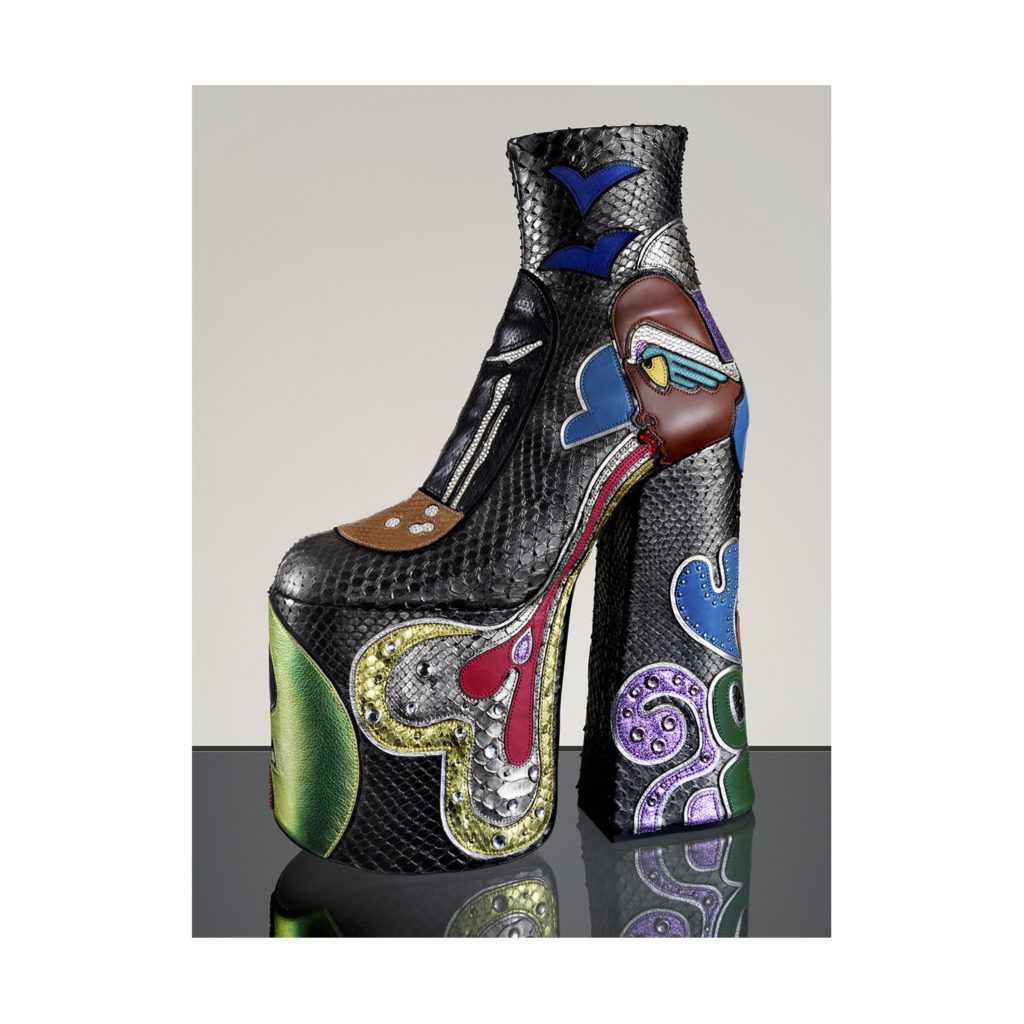 Marc Jacobs takes the disco platform to new a level.

Marc Jacobs takes the disco platform to new a level.

For decades, Marc Jacobs’s playful designs and theatrical productions have been a case study in making fashion fun—and even a little weird—and his spring/summer 2017 show was no exception. With a mixture of ’60s silhouettes, rave culture, and Harajuku references in a glittering, club-like setting, he provided the perfect canvas for the whimsical illustrations of Julie Verhoeven, which adorned pieces ranging from backpacks and shoulder bags to jackets and hoodies. (Jacobs collaborated with Verhoeven once before, during his tenure at Louis Vuitton.) These eight-inch-high platforms, which were among the collection’s highlights, are made even more unusual with a bright-lipped caricature. The imagery was meant to bring a glimmer of optimism at a time when a fraught presidential election was reaching its crescendo. The punk movement of the ’70s was a reaction to an America on the wane, and considering the country’s visceral response to Trump’s win, it’s safe to predict that these impish boots might portend a revival.