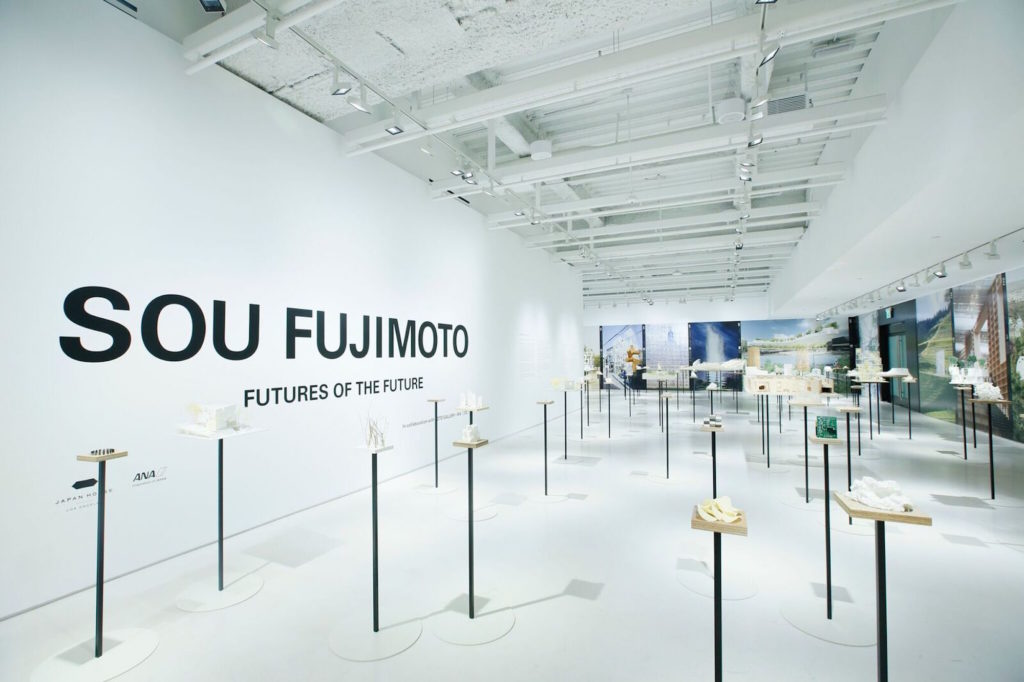 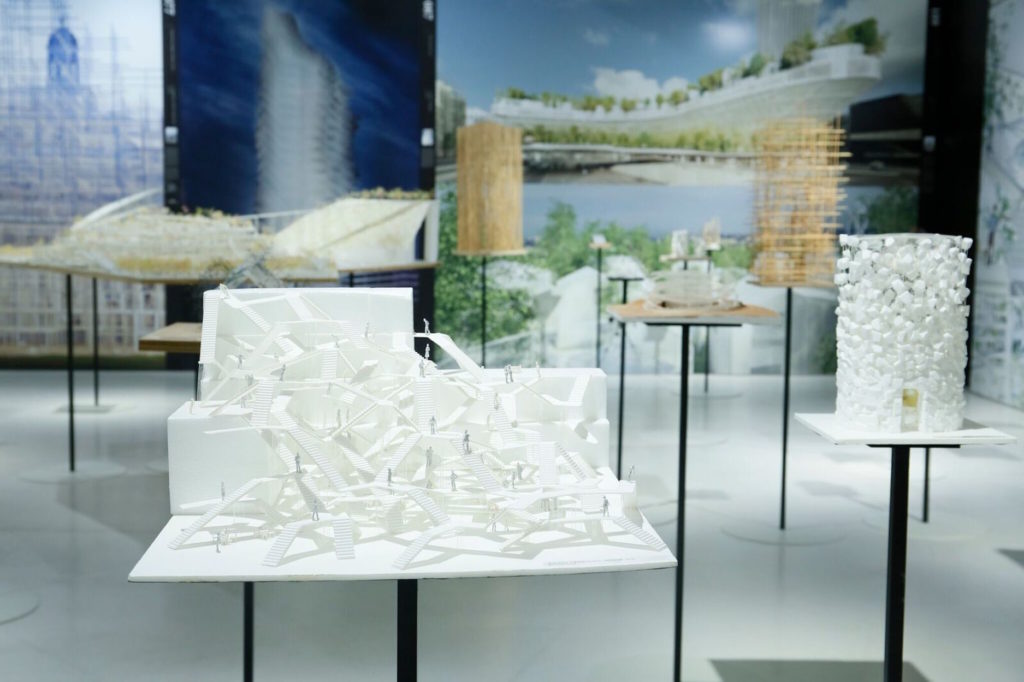 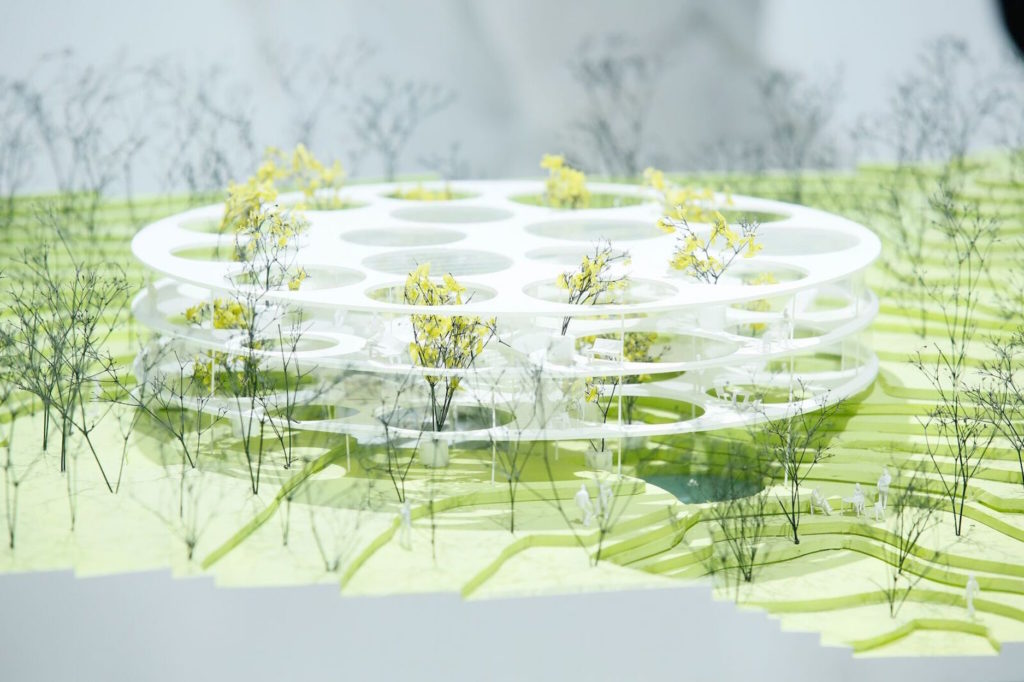 On view at Japan House Los Angeles through Jan. 6.

On view at Japan House Los Angeles through Jan. 6.

Prolific architect Sou Fujimoto’s work is being celebrated by Japan House Los Angeles with the retrospective “FUTURES OF THE FUTURE.” The exhibit features more than 100 architectural models—including both dwarfed projects and just-for-fun small-scale sculptures—that celebrate the Japanese designer’s most impactful works. Lauded for groundbreaking projects such as “Serpentine Pavilion” (2013) and “Toilet in Nature” (2012) among others, Fujimoto’s retrospective puts on display the sum of his life’s works, many of which lend themselves to his unique perspective of futurism, one that he himself likes to call the “primitive future.” To commemorate the exhibition—which was just extended through Jan. 6—Surface spoke with Fujimoto to survey his thoughts and feelings about having all his greatest hits under one roof.

Sou, “FUTURES OF THE FUTURE” is a retrospective of your life’s work to date. I’m wondering how this occasion has made you feel on an introspective level.

My own thoughts are always in “present progressive” form and heading towards the future. It doesn’t mean I don’t look back. It’s rather that all the ideas, fragments, and projects, which are something like seeds for architecture in the past, are always rediscovered with new perspectives and are cast toward the future. This is not only about my projects. I’d like to rediscover all the phenomenal architecture of the past and view these with a contemporary perspective. When various ideas are shown in “exhibition” form, each project is no longer viewed independently as a dot. Projects will have different meanings by connecting with other projects, thereby forming numerous networks of ideas. This is really an exciting scene.

I often think about the way in which we’ve regarded the future from the ’60s onward: Aesthetically speaking, things that looked futuristic in the past—Jetsons-like, if you will—still feel futuristic and still represent futurism. Your work actually turns this idea on its head. How did you arrive at your way of thinking?

When we think about the future of architecture—whatever the future is—there will be humans and human bodies and thoughts that shape society. In a sense, our future should essentially have a fundamental primitive aspect. To me, the fact seems very venerable and intrinsic. We should look at the essence spreading beyond the future—not focusing on individual “styles for future architecture” or “tastes.” This also means re-examining everything. Re-examine everything we know and radiate it towards the future. Then, what is the essence like?

People spend time as individuals or as community members, freely, sometimes by instinct, and sometimes with reason. For example, instead of living unwittingly in frames divided roughly by “function,” will it be possible to create places where people can essentially make various choices and conduct various communications? I suppose it would be somewhere like a forest built in an architectural way. The place where different situations coexist as they are. From a small living place to a huge public space where various scales, open feelings, and secured feelings coexist. The place where people can choose how to behave, communicate, and where to be. The place where nature and “the artificial” mingle. Where complexity and simplicity coexist. Where you can enjoy being quietly alone while simultaneously enjoying the experience of being with a lot of people. The place where you can move around three-dimensionally using your whole body. I conceive such places. I would say this is my “primitive future.”

Of all your works represented in “FUTURES OF THE FUTURE,” which are you most proud of and why?

I vividly remember my completed projects, such as the process model of Serpentine Pavilion, as a crystal of a moment which would never happen again. However, even these can never just be a model in a past memory. I suppose it always contains new ideas for future. I like the series of “architecture is everywhere,” including the model of potato chips—because it’s fun and fundamental. The whole concept, everything you see in your daily life (rather than each model) could turn into architecture if you [could] see things differently. And it brings up some significant matters such as “scale freely,” “not-intended intention,” “functions beyond functions,” and so on.

What do you hope people take away from the exhibition?

I’d like them to take away various things freely, just like they do [from] my architecture. I’d welcome anything, whether it’s a creative misunderstanding, excitement for creativity, or serious analysis.

Do you have any advice for young architects?

Be questioning! Be optimistic! Be honest!

“FUTURES OF THE FUTURE” is on view through Jan. 6 at Japan House Los Angeles.