Chef Marcus Samuelsson Plants a Flag in The Nation's Capital

After the runaway success of his soul-food mecca, Harlem-based Red Rooster, Marcus Samuelsson has trained his sights on Washington, D.C. The Ethiopian-born, Swedish-raised chef similarly puts the focus on comfort food at Marcus, inside the gleaming new MGM National Harbor, designed by Eddie Abeyta of HKS Architects. The menu will be familiar to Red Rooster fans; it includes savory classics like chicken and waffles, served with Korean chili and barrel-aged maple syrup; in a nod to D.C.’s raison d’être, a dish titled Obama’s Short Ribs is accompanied by roasted squash rings and potato mash. Of course, local crab, shrimp, and oysters appear throughout the menu. “There’s a tremendous heritage to pull from—fantastic seafood from the Chesapeake Bay—and I always like to bring my personal style to the table, too,” Samuelsson says. At the speakeasy-style bar Sammy’s, Sunday gospel brunches echo the ones that take place in Ginny’s, the Harlem restaurant’s subterranean supper club.

For its part, New York firm Parts and Labor Design chose to balance the cuisine’s American influences with Samuelsson’s multicultural identity. “The restaurant, in many ways, is an extension of his personality in regard to fashion, patterns, coloration, and a general mix of related, but individual, details,” says cofounder Andrew Cohen. Indeed, the chef’s influence can be found in much of the decór, with a few elements even sourced from his closet. “I was literally hanging some of my favorite jackets on the wall on opening day,” Samuelsson says. “It has all these layers of texture—bold colors that I love—and feels welcoming at the same time.” 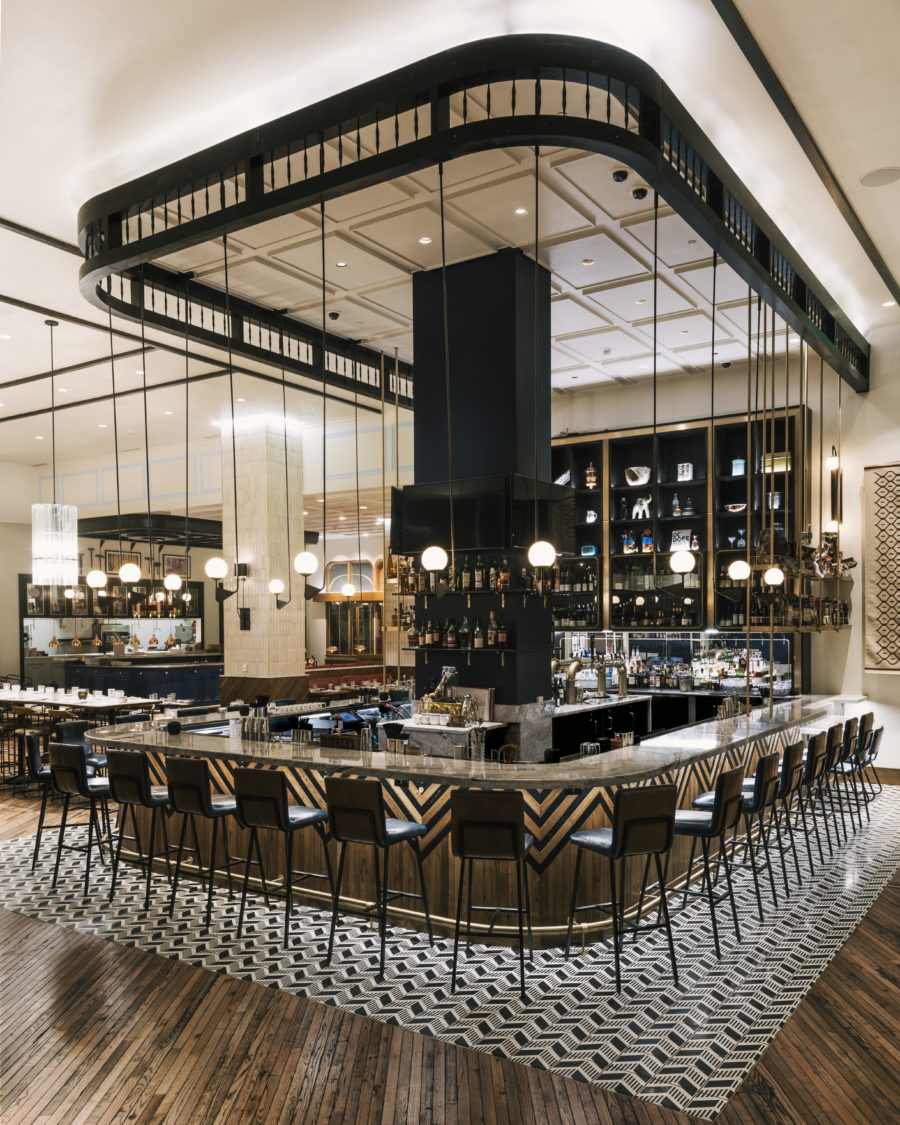 At Technogym's Milan Flagship, A Fusion of Wellness and Design