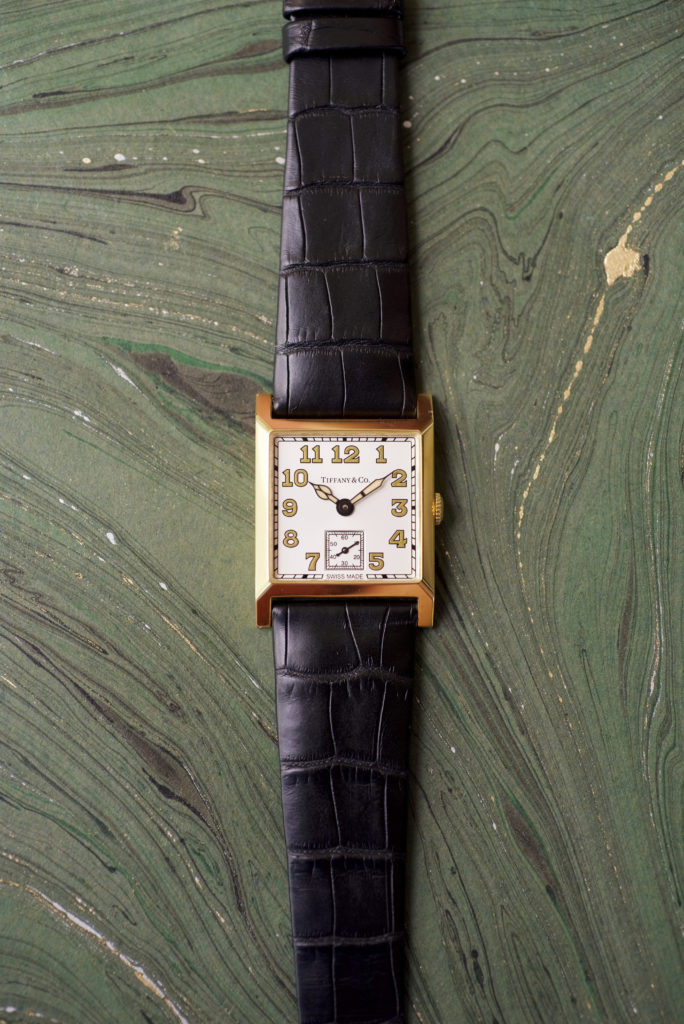 Tiffany & Co. riffs on the past for a Jazz Age–inspired watch.

By Stephen Watson
Photo by Doug Young October 25, 2017
Share
Back

Tiffany & Co. riffs on the past for a Jazz Age–inspired watch.

To honor their 180th anniversary, Tiffany has looked back to the roaring ’20s to introduce The Tiffany Square, an elegant timepiece designed, engineered, and manufactured in Switzerland. The 180-piece limited edition features a rare square-shaped, manually wound movement with a 42-hour power reserve, which signals the store’s return to in-house caliber manufacturing. The watch’s art deco styling harks back to a significant design period for Tiffany, since it captures all the style and sophistication of the legendary Jazz Age.

“I have to say it was love at first sight. We reviewed a series of timepieces belonging to our 20th-century heritage, and certain pieces immediately caught our attention,” says Nicola Andreatta, vice president and general manager of Tiffany & Co. Swiss Watches Sagl. “One of them was the original Square Watch, which in my opinion had all the qualities to be considered the quintessential Tiffany watch for a man.”

The new yellow-gold Square Watch replicates the same 27 mm case size, and the watch retains its original proportions, that might be considered small by today’s standards but somehow feels entirely modern. “The Jazz Age refers to a glittering moment in time when America came alive through jazz music, unbridled optimism, innovation, and glamour. It is this explosion of creative energy and social change that defined the American spirit, and it continues to inspire,” says Andreatta.

This story also appears in the October/November issue of Watch Journal.

Why Architecture and Design Exhibitions Matter