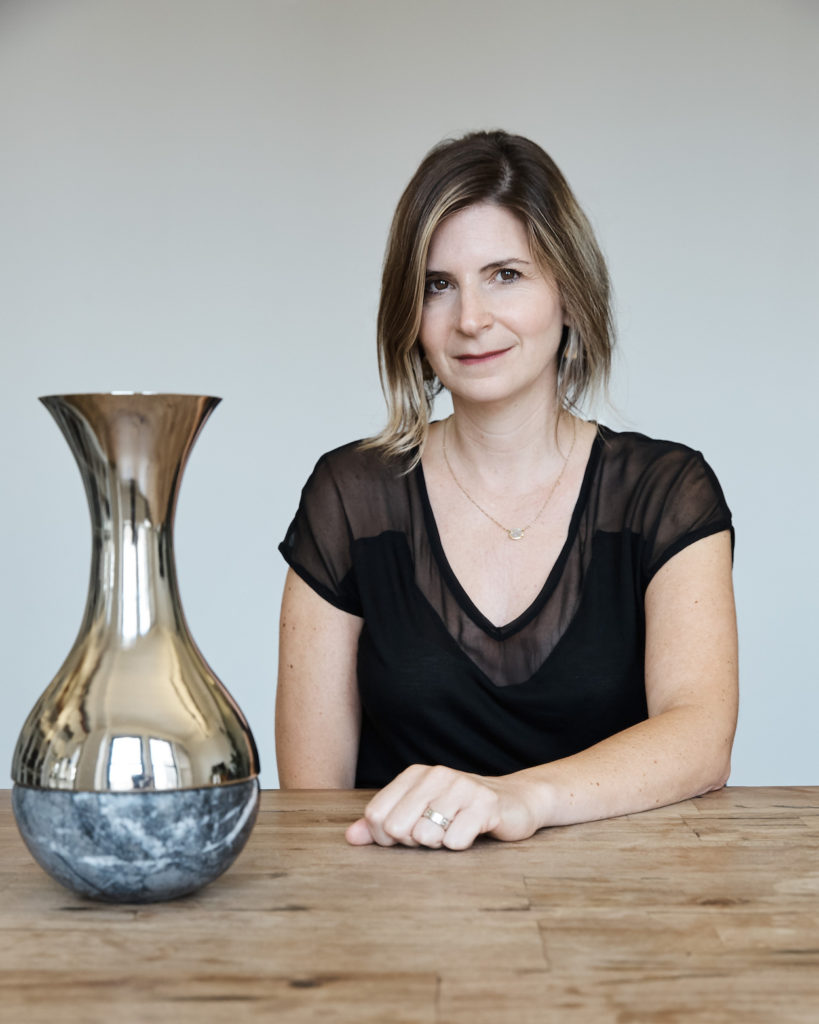 The creator of Anna by RabLabs expands her line of geology-inspired housewares.

The creator of Anna by RabLabs expands her line of geology-inspired housewares.

One would be hard-pressed to compare gemstone-covered home goods to breakthrough prosthetic knees. But for New York and San Francisco–based Anna Rabinowicz, whose portfolio includes both, they grow out of a similar creative process. “Whether it’s the body or elements of nature, they’re one and the same to me,” she says, recalling childhood memories of encountering medical science through her father, an academic and a doctor, and collecting and tumbling agate stones as a pastime.

In 2002, she launched her brand Anna by RabLabs, channeling those interests into a range of geologically-inspired home accessories. At the same time, she was developing medical prosthetics that are still widely used today, teaching industrial design at Parsons, and diving deeper into her natural science studies. “Being in the classroom influences the object creation, the object creation influences the medical devices, and the laboratory work influences the research,” she says. “There’s porosity between them.”

Looking through this lens—and using her design and engineering education from Stanford University—Rabinowicz has forged a unique aesthetic where naturally occurring stones meet metals and modernity. Her debut product, for instance, puts a grown-up spin on her early rock-collecting hobby. The set of coasters, formed from matched agate slices, are  finished with a 24-karat gold or silver edge. (Sold at Barneys and Bergdorf Goodman, these put her on the design map and continue to be a top seller today.)

In her new fall collection, scented candles are poured into minimalist vessels composed of alabaster, which was chosen for its translucent white color as well as historic and scientific context. “In antiquity, alabaster was used in temples because it was considered pure. It forms underwater only if there’s the presence of this living organism, which I think is amazing because it’s biological even though it’s inanimate,” says Rabinowicz.

Another new collection, called Dual, consists of vases, candlesticks, and bowls that juxtapose hand-honed dark marble with CNC-machined metal components with precise edges. The contrast and coming together of these materials and processes make a statement of sorts on the current political climate. “If we’re not talking to each other, then we’re lost,” she says. “[The materials] are not speaking the same language and yet they communicate with one another. They’re saying we’re not the same, but we’re not so different in the end.”

While Rabinowicz points out that design has the ability—and responsibility—to make a statement and not be about random object creation, she also describes it as being intoxicating for her personally. “I love the process, the creation, the ideation. I can find joy in anything when it comes to design.” Rabinowicz hopes that in a time when people are craving harmony, we can find it—and some of that joy—in her creations.

(See more from Anna by RabLabs on The List.)