Whether a classic diner, museum installation, or setting for the Oscars, David Rockwell’s designs often aim to tell a story. Credit what he calls his “second career” as a Tony Award–winning scenic designer, having dreamed up more than a dozen Broadway productions with his 250-strong firm Rockwell Group. With New York’s theatres shuttered for the past year due to the pandemic, Rockwell recently brought his talents to an outdoor theatre series performed in empty shop windows in the Meatpacking District.

The series, called “Seven Deadly Sins” and directed by Moisés Kaufman, features seven 10-minute-long plays each by a different playwright that explores one of the titular cardinal sins in Christianity: pride, greed, wrath, envy, lust, gluttony, and sloth. Rockwell rendered each set (except for greed) in a signature color and marked by bright graphic signage starting with “purgatory.” Just like the storylines, the sets vary dramatically. In “lust,” a pole dancer performs a monologue on a centrally placed pole within a neon purple scene; “sloth” sees a husband idly playing video games in a mundane living room while arguing with his wife.

“As an architect and New Yorker, the pandemic has made it clear that the city without people feels like an empty theatre,” Rockwell told Dezeen. “A production such as The Seven Deadly Sins that takes place on the street creates that kind of interactive frisson that makes New York one of the world’s greatest cities. It celebrates that spirit of gathering outside and transforms the streets into a playhouse. On a deeper level, I hope that this gives audiences a chance to flex our collective empathy muscles, which may have atrophied a bit during a year of isolation.” After making modular outdoor dining systems accessible during the pandemic’s early stages and effectively transforming entire blocks of Manhattan into open-air cafes, Rockwell continues to hone his newfound skill at keeping New York’s streetscapes buzzing with vitality. 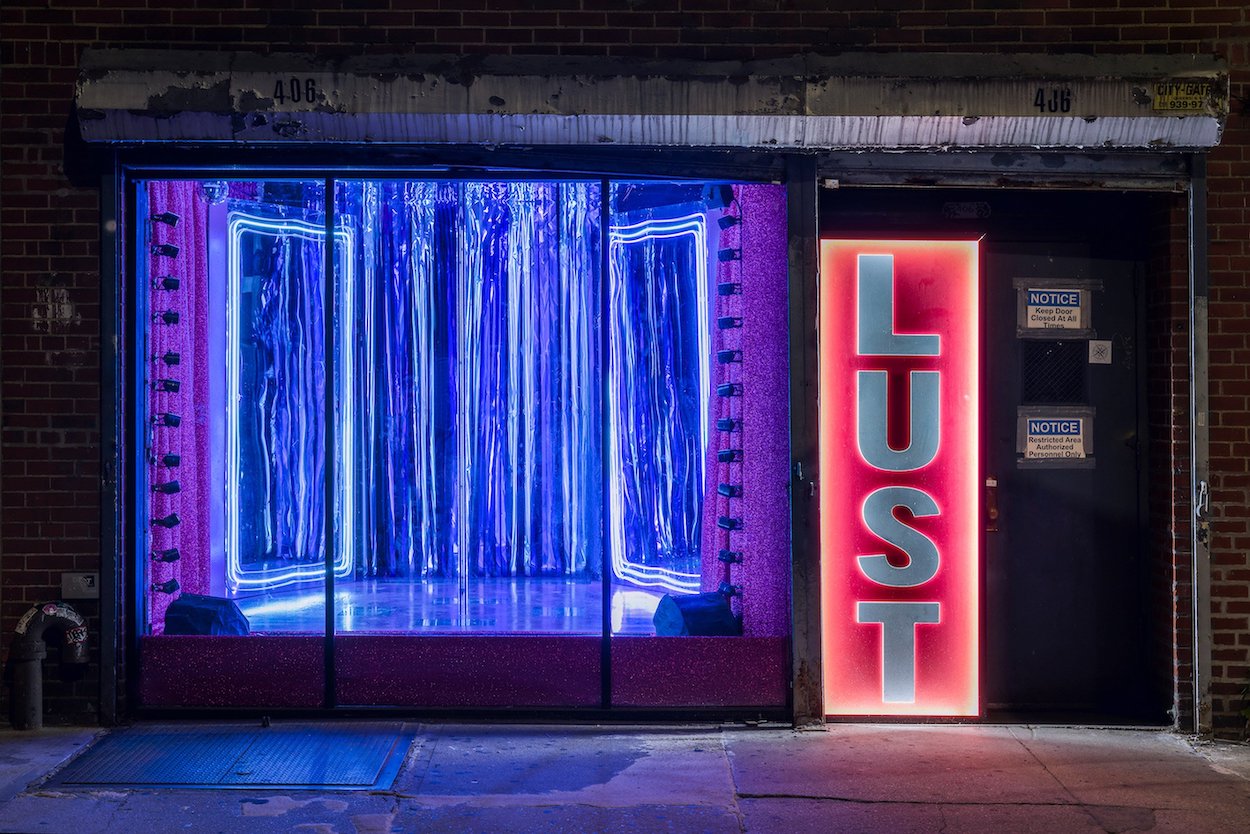