Surface magazine’s editor-in-chief, Spencer Bailey, spoke with Danny Meyer and Paula Scher about how their collaborations on Shake Shack, Tender Greens, and more, came to be.

Surface magazine’s editor-in-chief, Spencer Bailey, spoke with Danny Meyer and Paula Scher about how their collaborations on Shake Shack, Tender Greens, and more, came to be.

Bailey kicked off the conversation by asking Meyer and Scher to elaborate on their respective company cultures, and how they carve paths different than what the industry standard might be. Scher jumped in to acknowledge that at Pentagram, there is no “prescribed methodology” on how it works with clients, “You’re teaching [people] how to see—if they could see, they wouldn’t need you, they would make it themselves. And that’s what the designers role is—providing a visual education and an ability to help people communicate with their audiences in an effective way.” Meyer, in agreement, spoke to the environment his team fosters at USHG: “Before we care for our guests, we need to care for each other, and what I hope comes from our culture is that you have people who are trying and caring. Part of this is to do things a little bit better today than we did yesterday—it’s not about perfection, it’s about the journey of excellence.”

Meyer and Scher first met when they brought Shake Shack to life in 2004. On where they drew inspiration for the design behind the iconic fast-food chain: “We decided that if we were going to put [a restaurant] in the park, that we would make it look like it grew up right out of the ground—like it was always supposed to be there,” Meyer said. “We also looked at the old designs of the shake stands that had sloped roofs,” he continued, “and James Wines pretty much took the Flatiron building and turned it on its side: the sloped roof of Shake Shack is inspired by the Flatiron, even down to the trimming.”

Their second collaboration came more than a decade later, when Meyer made a small investment in the beloved Californian fast-casual restaurant Tender Greens. “I fell in love with it, but the one thing I didn’t love was the graphic design—it felt dated,” Meyer said. Turning to Scher, he continued, ”which you would probably say ‘a lot dated’.” Scher, laughing and nodding, said, “It was grim.” Meyer mentioned what he loves about working with Scher is that she “questions everything.” “She even questioned the name Tender Greens!” “It’s not a salad place!” Scher insisted. “Since Tender Greens was born, everything has become a salad place, and people will think that’s all you can get there,” she stated. “They even had a piece of lettuce in their old logo that I took off,” Scher said before Meyer jumped in to joke, “Actually, it was a wilted piece of lettuce.”

The two also share a connection with MoMA: Meyer’s USHG operates all four eateries within the museum, and Scher worked on reinventing the museum’s graphic identity in 2008. 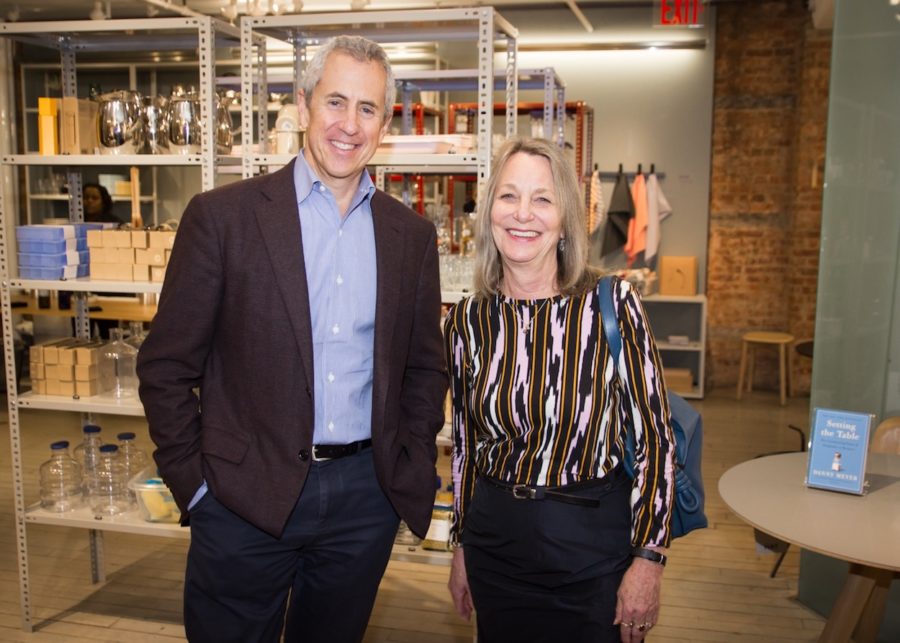 How Apple Inc. Is Like a Classic American Diner