Michèle Lamy Wants to Know What You’re Fighting For

Inside the Ca’ d’Oro palazzo, one of Venice’s oldest private palaces, storied artworks by Renaissance and Baroque masters take pride of place. The 15th-century structure, whose gilt-and-polychrome facade overlooks the Grand Canal, has mostly maintained its historic character since 1927, when the Galleria Giorgio Franchetti inaugurated it as a museum.

For this year’s Venice Biennale, however, the palazzo has taken on a slightly more contemporary look and feel. Inside, Carpenters Workshop Gallery has mounted the ambitious “Dysfunctional” group show, which invited 22 artists from its global roster to riff on how art and design interact. Nacho Carbonell’s signature tree-like fixtures, for example, create an enchanting “forest of light” under which visitors can stroll. Sinking chairs by Virgil Abloh, meanwhile, comment on the Italian city’s rising sea levels.

One of the exhibition’s most notable—if not overlooked—components came courtesy of Michèle Lamy. The longtime creative accomplice and wife to Rick Owens invited a group of blue-chip artists to create individual punching bags that represent what humanity needs to challenge, face, and rejoice in during their lifetime. The concept expands upon the original “What Are We Fighting For?” installation that launched this past year at the Lamyland residency in Selfridges. “Boxing is a great metaphor for life,” says Lamy, describing the “Lamyland” moniker as an inclusive platform to champion other artists. 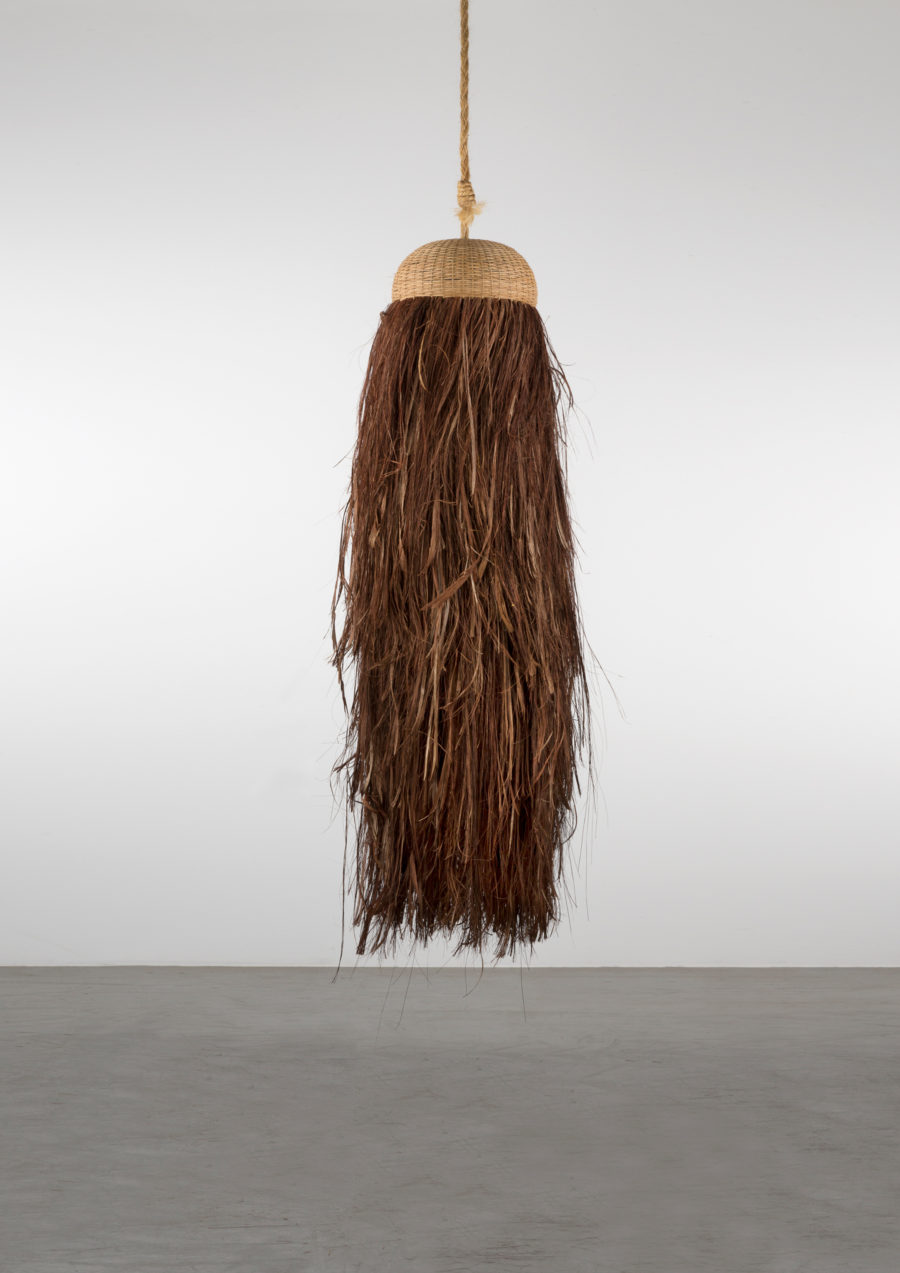 9
DESIGN
Lamyland: What Are We Fighting For?
Photos courtesy Carpenters Workshop Gallery and Lamyland …

The punching bags, suspended in the palazzo’s inner courtyard, pack a visual punch while encapsulating the diversity of our collective challenges and turmoils. Each bag “asks us to consider our place in the world and important issues we should fight for,” says Loïc Le Gaillard, co-founder of Carpenters Workshop Gallery. The most poignant example perhaps comes from the Campana Brothers, whose bag prominently features dried Brazilian palm leaves, known as raffia, which are often used for indigenous housing but have fallen into short supply following recent fires in the Amazon. Other bags reflect the whimsy of their creators—Atelier Van Lieshout crafted a tightly packed nylon-and-styrofoam sausage, while Frederik Molenschot assembled a figurative stack of wheeled parmesan cheese.

The latter two now hang at the entrance to the boxing gym BXR London to commemorate an auction presented by Carpenters Workshop Gallery and Sotheby’s. Online through Dec. 2, “Lamyland: What Are We Fighting For?” features nine punching bags from “Dysfunctional” available for purchase. Proceeds from the sale will benefit London Community Boxing, an athletic charity that harnesses boxing as a tool for personal development.

“Fighting is not a bad word,” says Lamy, who recently announced that Lamyland has signed onto Carpenters Workshop Gallery’s roster. “It’s about believing in something and making it happen.”

Designer of the Day: Steven Bukowski