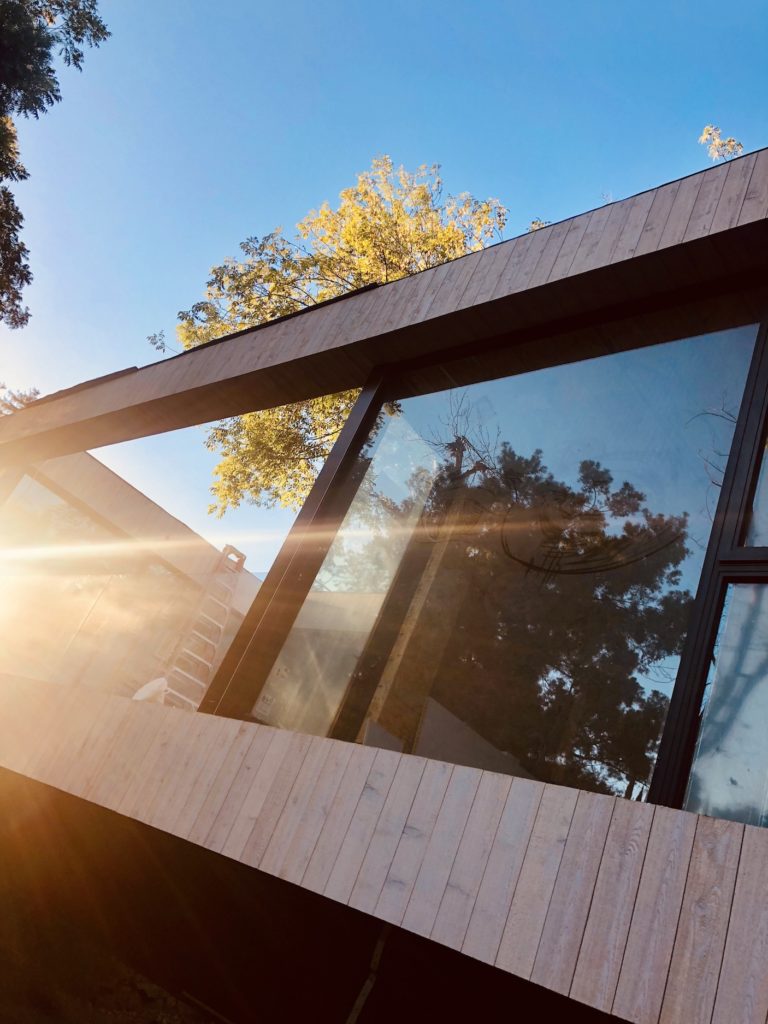 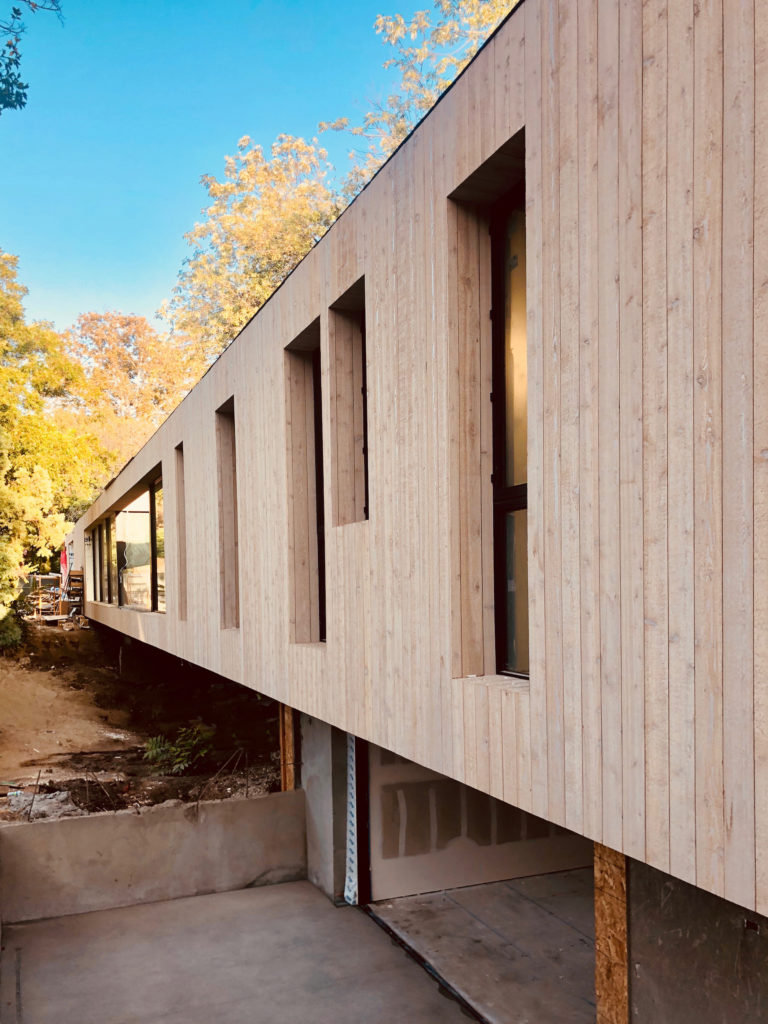 The List’s Project Spotlight column features unparalleled projects created by our forward-thinking List members. By going straight to the source—having the designers demystify the methods behind their very own designs—we hope to enlighten and inspire our creative audience to further push the boundaries of what is possible in the realm of design.

Allow Dan Brunn of Dan Brunn Architecture to walk you through his residential design, which doubles as a functional bridge above a babbling brook.

Property acquisition: [The Bridge House property] was kind of sitting there vacant, kind of dormant, and it’s kind of getting ruined, and nobody’s living there. Ended up befriending the person who was taking care of the home and taking care of actually the woman [residing at the property] that was in hospice care for this whole time. I had a band at the time and so I was inviting her to shows and got really friendly. And then she says, “Hey, you know what? This is obviously going to go up for sale soon. It would be great if you want to take this house over.” I’m like, “Wow, this is insane.” And obviously it was like, yeah, sure; it was a great opportunity to buy this amazing piece of land, even though I didn’t really know what I was getting myself into. The initial idea was to just take the house and renovate it and have something wonderful and a great piece of property.

Unlikely inspiration: I ended up going back east and seeing Rockefeller’s house, The Breakers, in Newport. Believe it or not, I was really inspired by it. And it has nothing to do with my design language, but in a way I was inspired by the arrival in the car and how you get to that house. And I was like, wow, this is like a real ceremony and it’s amazing. And meanwhile I’m thinking about how the L.A. houses are so devoid of the connection to car. And so all of a sudden I thought, well, wouldn’t it be great to just drive onto the site and be able to get this view? So instead of having a house in the front of the, of the property and the 260 feet long in essence, unraveled it and made it into this really long house, and that led us to create this bridge.

Blueprint: Instead of a courtyard in the middle, you have—right over the fulcrum, like the middle part of the seesaw, right over the water—the outdoor plaza. And then to the rest of the house kind of unravels, too. At the entry, you have all the public spaces, which is like the living room, dining room, kitchen, a welcome area and garage. And then you have the outdoor living room in the center, which is the outdoor plaza, and then the courtyard. And then towards the back of the house, three bedrooms plus the master, and that’s how it’s laid out. And what’s kind craziest is also that it’s located on the south side of the property, so there’s unlimited sun exposure on the south, but all the windows open to the north so you don’t have direct heat gain.

Materials: I was introduced to a company called Bone Structure out of Canada and they produce a system of parts like an erector set to build a home, any kind of structure and it’s really, really cool and it’s a 90% recycled content and it yields a net-zero home. It just a looked like a wave of the future of how to build. And I said, you know, what, guys, why don’t you, uh,  play with me a little bit? Can we use this to work with the house that’s already there, what can we do? And what’s neat about the system is also there’s no welding, and it’s all mechanically fastened on the job site, and there’s no waste. There are a bunch of net-zero technologies involved in the house, solar panels, very efficient glass, et cetera.

Challenges: Just getting something permitted [is a challenge], and this is so different than anything else, even the structural system. The city was completely confused by how you get that done; that was probably our biggest challenge in getting the whole thing built. Obviously dealing with a water element was also challenging. So you have these really deep caissons to support that structure and you’re talking about a 65-foot span as a 65-foot-long piece of steel. If you can think about the size of the crane that had come to the job site to set that in, it was insane; I mean it literally was enough to build a highway.

Uniqueness: Redefining the home of the future is what I wanted to do, and I wanted to show people that it doesn’t have to look that dynamically different. The outside of the house is all cedar, so it’s kind of using a traditional method of aesthetics—some of the other houses that we did are made in cement and steel and glass. This one is slightly different, trying to be harmonious and really connected to the environment. That’s one of the key takeaways from the project: to show people that it’s super important to not only think about the design of the houses, but how the house—or any project—connected to the site. With this project, we really took it upon ourselves to rethink that. And so Bridge House obliterates the idea of front yard/rear yard because it all becomes the yard for the house, the way that it’s situated, which is huge. Think about it from a real estate perspective: You’re constantly in nature on any given point of the house instead of looking at nature, which is I think one of the biggest gains of this house.

In the Birthplace of Fast Furniture, a Surprising Dedication to Old World Craft