The artist and architect wraps up a renovation of Neilson Library at Smith College, which played a pivotal role in her own life story.

In 1949, Julia Lin was attending college in Shanghai as Mao Zedong’s Communist army stormed the city. The student had received a scholarship to transfer to Smith College in the fall, taking her on an unlikely months-long journey out of the country while smuggled on a fishing boat. She eventually made it to Northampton, Massachusetts, where she graduated in 1951. Soon after earning her Ph.D. in Chinese language and literature at the University of Washington, she met a fellow Chinese refugee graduate student, relocated to Athens, Ohio, and had a child, the artist and architect Maya Lin.

Widely known for winning the national design competition to design the Vietnam Veterans Memorial in Washington, D.C., while still an undergraduate at Yale University (and the controversial, troubled execution of her vision that followed), Lin has enjoyed an enduring career. She often draws inspiration from the architecture of nature to create breathtaking memorials and landscapes whose influences on the environment, history, and culture are as subtle as they are profound. Lin’s latest feat, the Neilson Library at Smith College, designed in collaboration with Shepley Bulfinch, might be her most personal yet. Besides her mother’s ties to the university, which awarded Lin an honorary doctorate in 1993, the library also marks Lin’s first major project since the death of her husband, photographer Daniel Wolf, in January. “You rarely get to bring it home in architecture, when a project and a client is so connected to your life story,” she tells the New York Times.

Lin agreed to redesign the 200,000-square-foot facility, which had undergone multiple clumsy expansions that morphed the building into a bulky eyesore. The renovation features two new wings, dubbed “jewel boxes,” that offer one-stop access to 40,000 linear feet of archival material from the Special Collections area and a new digital media hub. Perhaps the library’s most distinctive feature is the oculus—a round skylight in the central atrium surrounded by a reflective, curved glass wall that captures and magnifies outdoor to create quiet, introspective study nooks perfectly suited for silent reading. She also opened up the grounds, which include a sunken garden, to restore integrity to Frederick Law Olmsted’s original plan for the campus to double as botanical gardens. That’ll be fully visible from a rooftop patio, which offers sweeping views of the Holyoke Range.

Much like her other projects, Lin used gentle touches that transformed the building into a quiet haven for scholarship, proving that her quiet whisper continues to speak volumes. “Even though there are newer ways in which they’re going to be teaching through the collections here, you’re still in a house of books,” Lin says. “A library has to be about reading. I don’t read on an iPad and I never will. Maybe I’m wrong, maybe I’m a dinosaur. But I still feel the beauty of a book—I still believe in that beauty.” 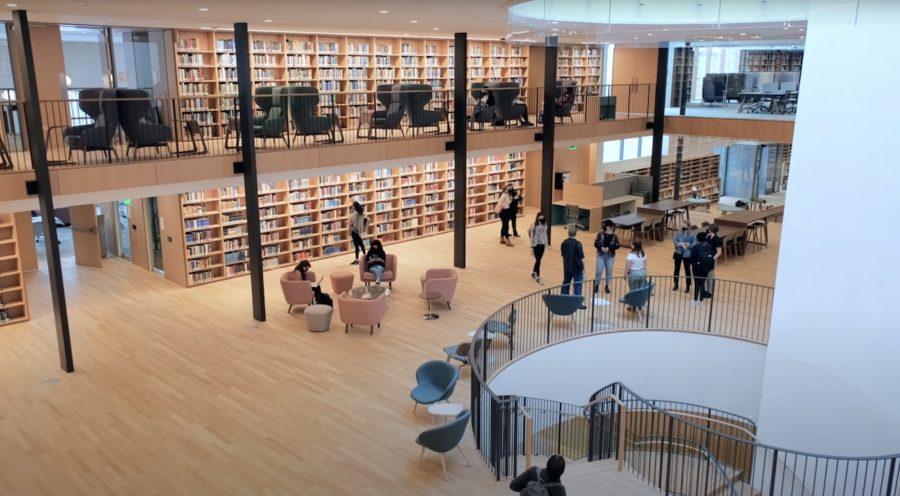 Designer of the Day: Sapir Bachar