For This Architectural Curator, Buildings Are Not The Main Event

Manhattan’s sliver-thin Storefront for Art and Architecture, established in 1982, recently played host to The Museum of History and Community of Puerta de Tierra—a mobile treasury created by the artist and activist collective, Brigada Puerta de Tierra. That trove of locally sourced objects, photographs, sketches, and text not only forms a portrait of a historically and culturally rich Puerto Rican subbarrio, but a protest against a series of post-Hurricane Maria development projects that are plowing forth without the input of the people who live there.

Says the former Storefront intern of his new perch, “It really blurs boundary between private and public once its panels are open—the inside becomes the outside and the outside becomes the inside. It’s a critique on public life, which is something that I’ve always been concerned with.” He adds, “To me, personally, the Storefront makes the case that people give neighborhoods or cities their identity, not the other way around.” 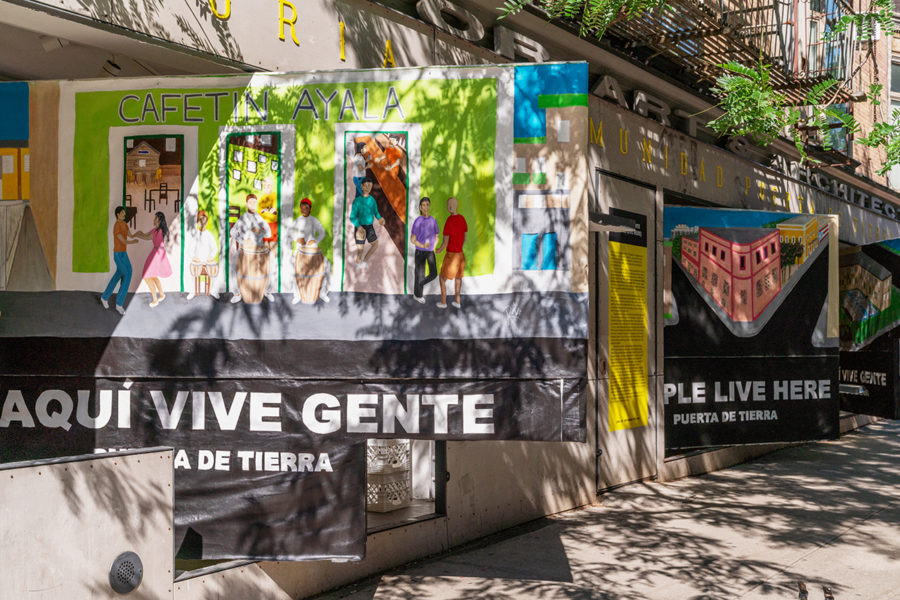 8
Exhibition
"Aquí vive gente: Museum of History and Community of Puerta de Tierra" at the Storefront for Art and Architecture
Photo by David “Dee” Delgado. …

“That’s why the first exhibition in my program was with this collective,” Esparza Chong Cuy continues. “None of the participants are architects—the majority are teenagers—but this isn’t just about architecture. It’s about people who want a place at the table and to make decisions about how their neighborhood is shaped. It’s about what’s inside people’s homes and, it sounds corny, people’s hearts, so we have to present this work with dignity. We are the caretakers of something that is very important to them.”

It’s an example of the humane approach that is drawing eyes to the Mexico City native and architect’s son on top of his stocked CV. At only 34, he’s already cycled through training and fellowships at Guadalajara’s Western Institute of Technology and Higher Education, Columbia University, and The New Museum as well as curatorial roles at the Museum of Contemporary Art Chicago, Mexico City’s Museo Jumex, and the Lisbon Architecture Triennial. Along the way, he’s expanded his architectural curation practice beyond expected platforms, collaborating on collective, public exhibitions, and contributing to the commissioning of plays and puppet shows.

Speaking more about the Brigada Puerta de Tierra exhibition he says, “It’s been a big learning process about what it means to host the community for all of us at Storefront. Yes, we are the hosts—but with this, we’re like guests.”